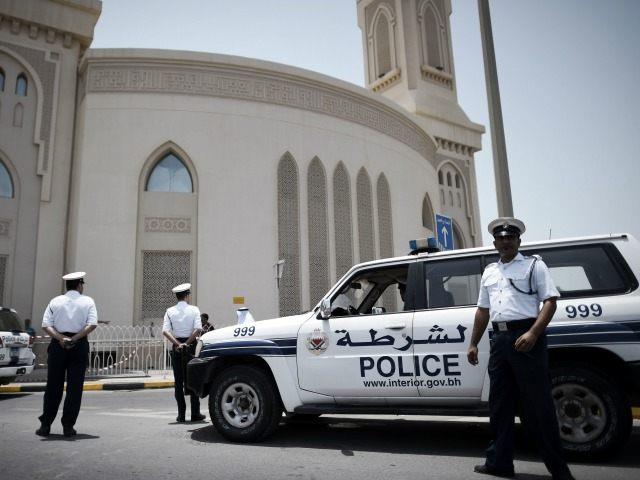 by Azita Carlson
The Interior Minister of Bahrain, Sheikh Rashid bin Abdullah al-Khalifa, said on Sunday that the Iranian-backed Lebanese Hezbollah has been aiding and supporting terrorist groups across the whole region. He said that the terrorist organisation has also been involved in a minimum of 19 plots against public figures in the kingdom in the past year.

The Interior Minister announced that there have been 47 people charged because of their links to terrorism. This includes charges for plotting to assassinate public personalities. Most of these people recently arrested were members of the Saraya al-Ashtar, Saraya Al Muqawama Al Sha’biya and Saraya al-Mukhtar militia groups.

Sheik al-Khalifa also mentioned that this is not the first time the kingdom of Bahrain has highlighted the problem. On numerous occasions, the authorities in the kingdom have said that they are home to numerous individuals that are connected to Iran who are there to carry out sinister activities, including terrorist attacks.

In the past 12 months, there have been more than one hundred security missions carried out in the tiny nation, and this includes the search of 42 warehouses and other locations.

The police in the kingdom have sent a dossier to the public prosecutor’s office with the cases of almost 300 suspects and wanted people. The public prosecutor’s office said that further details about the investigation will be made known in the near future, but for now we know that there has been a substantial quantity of equipment, weapons and explosives that have been seized.

At the press conference, the Interior Minister said: “Our security mission does not end with the uncovering of a terror group and the arrest of lawbreakers. Ours is a comprehensive mission which aims to achieve security and stability across the country, and to have a comprehensive security viewpoint to understand the main reasons and motives that have a bearing on the general security situation.”

Since the 1979 Iranian Revolution, relations between Iran and Bahrain have been strained and came to a head after Bahrain discovered that Iran sponsored a planned coup.
Towards the end of last year, Bahraini authorities arrested a man that was behind the attack on a police bus that killed police officer Salman Anjam and wounded nine others near the kingdom’s capital. The authorities had also announced that it had uncovered an Iran backed cell that was working on several plots including a bombing in oil pipelines.

Bahrain is particularly concerned that Iran is using the small kingdom to advance its own policies and ambitions for regional hegemony. This is typical behaviour by the Iranian regime that is spreading chaos across the whole region and fuelling conflicts.