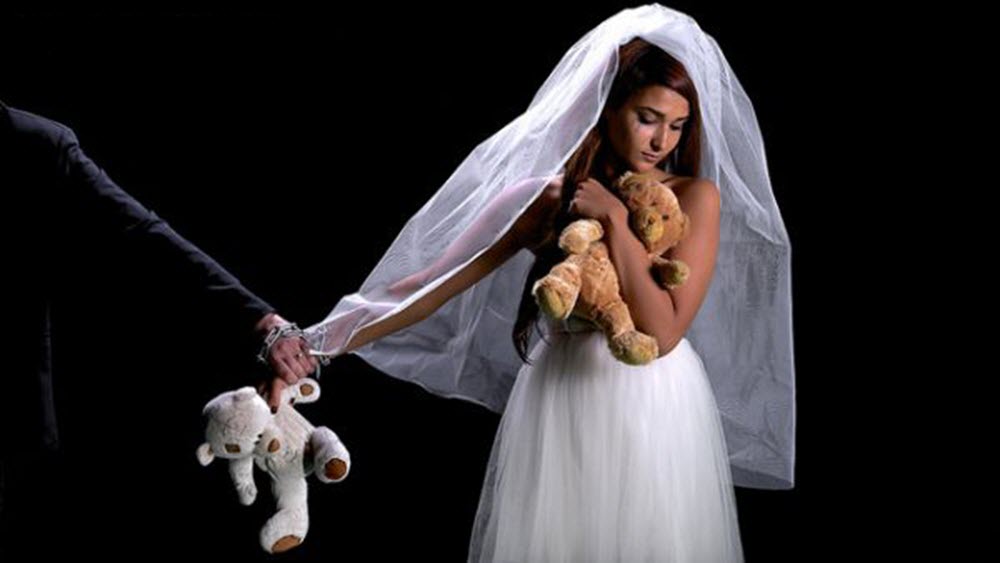 Child marriage is a significant problem in Iran where girls as young as 10 are being forced into marriage. According to the Sharia-based law of Iran, the legal age for marriage is 13 for girls and 15 for boys. However, the father or legal guardian can give consent for them to marry at a younger age, and so can a judge.

The girls marrying at this age are losing their futures and families are being destroyed by the practice.

The situation is becoming increasingly common across the country, especially in rural areas. Sometimes, daughters are exchanged for animals.

Deutsche Welle told the story of a young girl called Leyla who was married off at the age of 17 by her parents. They received goats in exchange for their daughter. She said that before she was taken to the wedding ceremony she was violently beaten by her father.

Leyla said that girls in her area (North Khorasan province) start to get married at the age of 11. By 16 or 17, most of them will be married.

The motives are often financial and Leyla highlighted that her brother has recently had to marry off this 12 year-old daughter because the family had very serious money problems.

UNICEF estimates that last year, around 15 per cent of females in Iran got married under the age of 18. The Iranian National Organization for Civil Registration said that the previous year, more than 40,000 girls under 15 had registered their marriage.

However, experts warn that the actual figures are significantly higher than this because many marriages are not registered. This creates a very difficult situation, not just for the wives who will have no civil rights, but also for any children that will be born. Children born in such circumstance will not get a birth certificate and will not have the chance to be educated. They will have no social protection and experience shows that they will likely face addiction, crime and poverty.

Poverty, however, is not the only reason for child marriages. In tribal parts of the country, girls are given away as part of a “blood” marriage. It is a way of putting an end to a feud between different tribes.

Deutsche Welle also mentioned that there is another type – called a “navel string marriage”. The publication explained that they “are a form of arranged marriage determined when a child is born (…) A newborn’s umbilical cord is cut symbolically, usually in the name of a cousin, or occasionally, a distant relative. The ceremony is a gesture pledging marriage between the newborn and the cousin or relative.”

Activists are currently campaigning to raise the legal age for marriage to 18 for both boys and girls.