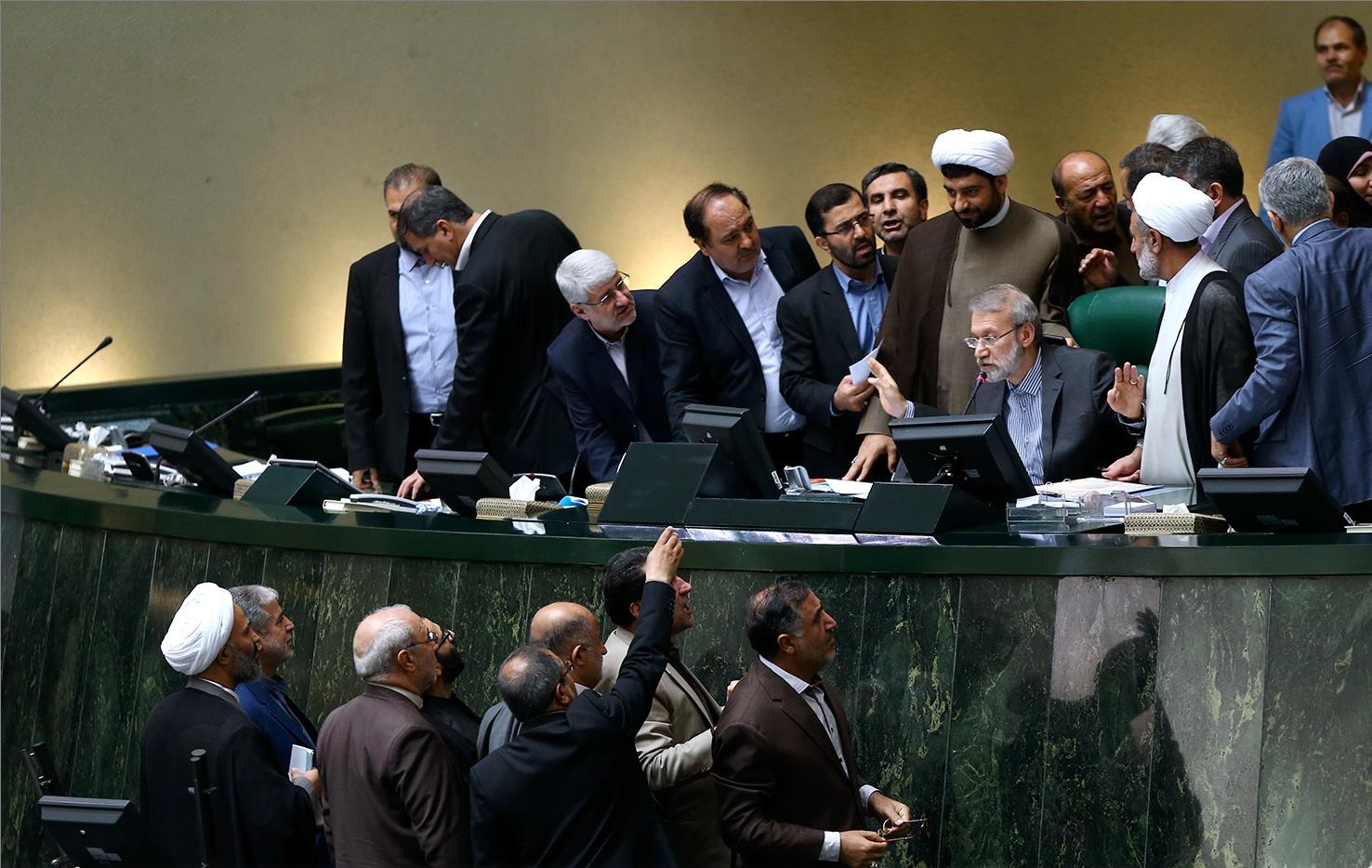 In an attempt to wait until talks with Europe reach a conclusion, Iran’s parliament voted on Sunday for two-month postponement of a bill vote over Iran joining the Financial Action Task Force (FATF).

Aimed at fighting money laundering and disrupting the funding of terrorist groups, FATF regulations will bring about major restrictions for Iran’s banking systems.

The state daily, Vatane Emruz, cited Iran’s deputy economy minister, “We cannot neglect the FATF and say we will not join the convention. The FATF is an internationally recognized framework and if we intend to work with the world’s bank we are forced to adapt ourselves with its conditions.”

Kayhan Daily, affiliated with Supreme Leader Ali Khamenei, wrote, “Joining the FATF will provide new legal tools at our enemies’ disposal, establish a world consensus against the state and realize increasing sanctions against the country’s state institutions, such as the Revolutionary Guards (IRGC)” The piece goes on to say, “The U.S. is seeking to overthrow us; Europe pursues its own economic interest and stopping our missile and regional power; and the FATF will provide tools to these powers that are looking to gain influence over our economic/political security and regional influence.”

A faction in parliament, allegedly close to Khamenei issued a statement saying, “Bearing in mind the fact that the world’s major powers consider the Lebanese Hezbollah, Hamas in Palestine, Yemen’s Ansarollah [Houthis], Iraq’s Hashd al-Shaabi (Popular Mobilization Forces) and other similar groups as terrorist entities, and instead at least covertly support the [PMOI/MEK], joining the FATF will render endless international measures and increasing sanctions against a variety of our state entities, including the IRGC. Our state institutions and officials will be divided into two classifications of sanctioned and non-sanctioned entities. As a result, there will also be entities sanctioned inside the country. At the end of the day, Iran’s dossier will be referred to The Hague and United Nations Security Council.”

Another MP, Mostafa Kavakabian, said, “If we choose not to join this convention, we will not be able to monitor the hypocrites, or the so-called People’s Mojahedin Organization, in any country. However, by joining [the FATF] we can pursue the measures taken across the globe against the Islamic Republic, our country, our national interests.”

While Tehran claims that the PMOI/MEK is a group with no roots inside the country and is facing complete demise, it then links the case for monitoring the PMOI/MEK to joining FATF’s international platform, or not.