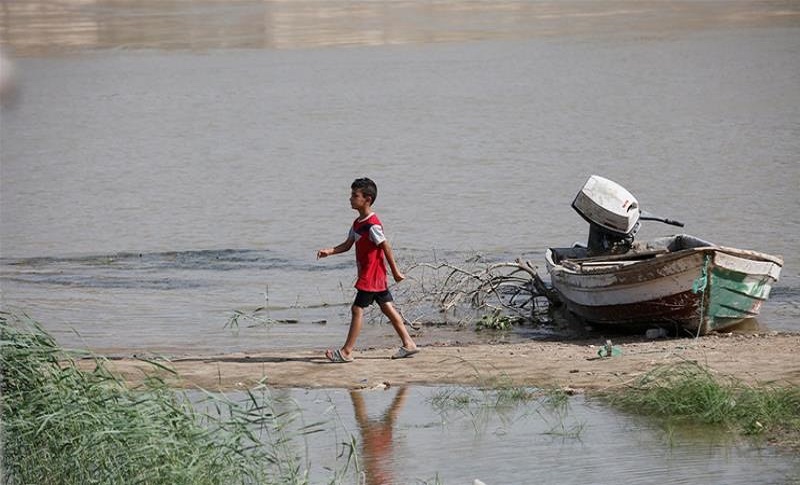 The Iranian regime is facing crises in a number of areas, in particular with regards to the country’s economy and social situation. The economy has declined over the past few years, contributing to the social crisis that is making life very difficult for many people across the country.

Dissent is high in Iran and the people have made it very clear that they do not want the corrupt and malign regime to remain in power. They are on a quest for their rights, including freedom and democracy, and they want an end to the decades of mismanagement that have resulted in the plundering of the nation’s wealth.

However, an additional concern is the environmental degradation that is taking place.

Ahmad Reza Lahijanzadeh, an Iranian environmental official, said earlier this year that most of the issues have been provoked in the past two and a half decades and that the whole country is affected.

During a meeting, Lahijanzadeh said that aquifers across the country are dry, or almost dry. A groundwater reduction in some areas such as Semnan and Fars, almost three-quarters of the plains and plateaus have been designated as “forbidden water plains”.

The officials said that in some parts of the country, this crisis has been neglected for so long that the effects are irreversible. In the Fars province in southwestern Iran, wheat production has drastically diminished as a direct result.

The regime, for years, has put its greedy policies and practices first. Despite many warnings over the years of the potentially irreversible damage that would be caused, the regime decided to ignore the experts and continue looking after its own interests.

The Persian Gulf environment is being polluted because of the very heavy industrial activities in the province of Bushehr. There has been a failure to establish wastewater treatment facilities and there has been a significant environmental impact.

During the meeting, it was mentioned during the closing statements that the government has shown a lack of accountability regarding the situation. The meeting was held by the Supreme Council for Environmental Protection during the summer and it was chaired by President Hassan Rouhani.

The environmental impact is, of course, significant, but it must not be forgotten that much of this brings great risk to the citizens of Iran in more ways than one. Firstly, increased pollution and phenomena such as sand storms present health concerns, especially for the very young, the elderly and the infirm.

And of course, the destruction of the environment is also taking away natural resources that people rely on.

The people have been protesting against the regime and holding anti-government demonstrations to make their opposition known. They know that the regime is completely incapable of reform and they are desperate for a leadership that will reverse the destructive policies and put the people first.

Some of the environmental issues are irreversible, but the regime must be stopped before any more damage is done.