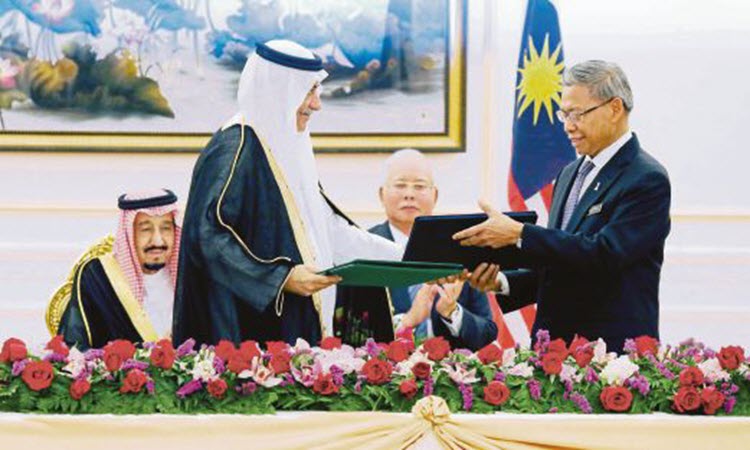 With a growing number of countries voicing concerns about Tehran’s policies, Iran is experiencing international and regional isolation. The end of Barack Obama’s presidency signaled the end of a “golden era” for Iran, and a major shift in the balance of power.

The joint statement issued by Saudi Arabia and Malaysia that condemned Iran’s meddling in the Middle East, is one example. It left the Iranian Foreign Ministry spokesman no choice but to express Tehran’s utter regret. “The Islamic Republic’s principled policies are based on non-interference in the affairs of other countries and abiding by an approach hinging on good neighborliness,” said Bahram Ghasemi, according to Iran’s semi-official ISNA news agency.

In an article by Amir Basiri for The American Thinker, he writes, “Saudi King Salman’s visit to Malaysia followed strong remarks made by Saudi Foreign Minister Adel al-Jubair against Iran’s meddling in the region, and Riyadh announcing its readiness to dispatch troops to Syria aimed at containing Iran.

In yet another such example the United Arab Emirates’ envoy in the United Nations Human Rights Council also targeted Iran’s regional meddling.

“Iran’s meddling in Arab states and supporting Houthis militias has a role in deepening the current crisis and conflict in Yemen,” said Anwar Qarqash, the UAE Minister of State for Foreign Affairs. “Iran directly arms the Houthis, providing them with a variety of weapons, ballistic missiles and drones. The Houthis have to this day launched thousands of missiles received from Iran into Saudi soil.”

Iran’s own media have also published reports vividly depicting Iran’s growing concerns in this regard. The latest measures taken by United Against Nuclear Iran has raised eyebrows amongst senior Iranian regime officials.

This groups “intends to go the limits to prevent Iran from going nuclear,” according to the Tabnak website, voicing the views of former Revolutionary Guards chief Mohsen Rezaie, currently the secretary of the regime’s Expediency Council that oversees disputes between the parliament and ultraconservative Guardian Council.”

A recent agreement signed between Austria and Iran to cooperate in the oil industry has been describe by UANI as “terrifying” and “concerning.” The international organization wrote letters to several companies, including Caterpillar, Terex, and Komatsu, and asked them to end their economic relations with Iran, and they have responded positively.  “This group has formed based on the idea of introducing Iran as a global nuclear threat to public opinion across the globe. On the other hand UANI is continuing its efforts to place pressure on major international firms to literally sanction Iran,” according to the semi-official Fars news agency citing Iran’s Ministry of Intelligence.

Following the election of Donald Trump as the president, a variety of senior American leaders have been voicing strong remarks against Iran.

“U.S. President Donald Trump’s administration pledged on Tuesday to show ‘great strictness’ over restrictions on Iran’s nuclear activities imposed by a deal with major powers,” according to Reuters.

“Tehran must be prevented from obtaining ballistic missiles and weapons of mass destruction. Considering the fact that Iran’s Revolutionary Guards is behind a wide slate of the regime’s illicit activities, this should be the first target of the Trump administration’s crosshairs against Tehran. Designating the force as a foreign terrorist organization is a first step in such a blueprint,” writes Basiri.

On Tuesday, during a London press conference the National Council of Resistance of Iran (NCRI) unveiled the existence of 90 secret docks controlled by the IRGC to distribute arms to a network of militias across the region and smuggle $12 billion worth of goods into and out of the country annually.

The harsh reality Iran must realize is that the global balance of power across the globe has changed. To this end, isolation inflicted on Tehran will only expand considering with all regional countries and correspondents throughout the world are demanding an end to Iran’s meddling and support for terrorism.