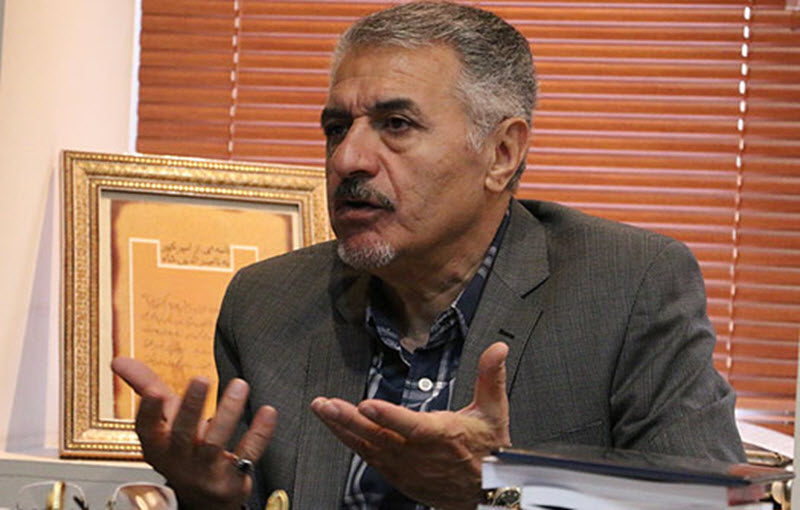 Former member of the Majlis, Mohsen Safaei Farahani, is said to be part of the so-called reformist camp. He is a former president of the Iranian Football Federation, and is an active participant in, as well as a benefactor of, the economy regime in Tehran.

In an interview that he granted recently, with state run Eghtesad News website that mainly covers economic news, he painted a picture of corruption in the “holy Islamic” state. “We are now in a situation where ten trillion [rials] has become an ordinary number for [economic] corruption,” he said.

Calculated at the current exchange rates, which stands around 13 thousand Iranian rials per U.S. dollar, this would be about $77 million.

He says, “Among the 20 countries which were the largest exporters last years, eight were from Asia… Many of these countries are smaller than Iran. Why have they reached all this manufacturing and opportunity for export? Most of them do not have oil and gas. South Korea’s only mine is gypsum. Why don’t the decision-makers of Iran want to understand that their political decisions have paralyzed the country’s economy? South Korea’s Hyundai and Iran Khodro started their activities at the same time, [but] how much market share has Hyundai [now] in the world? [While] Iran Khodro is surviving with the help of banks and heavy debts!”

He also discussed the amount of smuggling that occurs in Iran: “The quantity of trafficked goods is worth 1.5 quadrillion rials [ around $11.5 billion], while the public budget of the country is about 3.5 quadrillion rials [around $28 billion], which is a little more than the value of the smuggled goods! Is this amount of illegal goods imported [on the shoulders] of porters or in shipping containers?”

Porters usually live near the Iranian border with Iraq and Turkey, and make a living by transporting goods over the Western border, in treacherous weather, over dangerous terrain, and under extreme difficulty and personal peril to circumvent customs. The porters themselves usually don’t even own the trafficked goods. Porters are regularly shot down by border guards — or step on washed away land mines remaining in the fields from the 1980s Iran-Iraq War era.

Safaei Farahani refers to the smuggling in shipping containers by the highest levels of the ruling elite, including commanders of the Islamic Revolutionary Guards Corps (IRGC). He states, “Unfortunately, the whole Iranian economy is dysfunctional and based on rents, providing skyrocketing riches to a special group. Therefore, over the past 15 years, while the management capacity in the country decreases and the oil income increases, records of corruption are broken with factors of a ten trillion rials! In developed countries or in developing countries, the president or a minister is sacked from power for corruptions of far fewer proportions… but we see that here, a ten trillion rials have become business as usual when it comes to corruption.

“When such circumstances are created in the economy, on the sidelines of the oligarchy of power, gangs are created that have aligning interests and it is natural that in an unwritten manner, they coordinate with each other and do their best to prevent any form of legal positivism and order.”

While Farahani did not explicitly say that the Islamic Republic system of government is completely ineffectual, he concludes his statements by saying, “The situation of the country and the difficulties that the people are dealing with these days aren’t small ones. It means that from the economic, societal, cultural, environmental, and political perspective, there is an accumulation of inefficiencies that have a direct effect on the life and work of the citizens. If we want to find an exit from these difficulties, the country needs a foundational change of perspective. The officials of the country need to accept it after 40 years that many paths have been wrong. They need to seek foundational reforms. When we live in today’s world, we can’t continue [our] mistakes without paying attention to the reality of the world.”