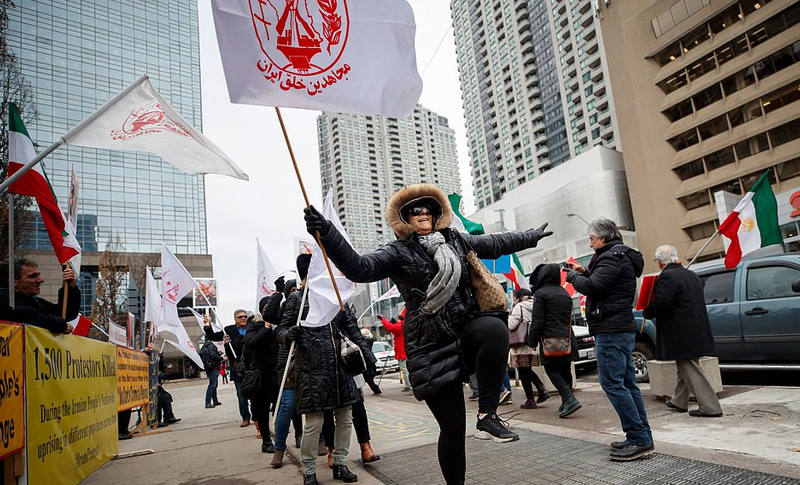 The main opposition to the Iranian regime, the People’s Mojahedin of Iran / Mojahedin e-Khalq (PMOI / MEK) has been a target of the Iranian regime for several decades. During what has become known as the 1988 massacre, more than 30,000 Iranians were killed, many of whom were members or supporters of the PMOI / MEK.

Since the 1979 revolution in Iran, it is estimated that there have been more than 120,000 political prisoners killed in the country – again, most of them supporters or members of the PMOI / MEK.

General Qassem Soleimani of the Quds Force, a branch of the notorious Islamic Revolutionary Guard Corps (IRGC), has often been directly involved in much of the violence towards the PMOI / MEK, as has Abu Mahdi Muhandis – the Iraqi Chief of Staff of Operations and close ally of the Iranian general.

These two individuals were killed in the recent US strike. Soleimani’s death has been a major blow to the Iranian regime and its immediate reaction was to declare that his activities would continue. The country’s Supreme Leader Ayatollah Ali Khamenei said: “His departure to God does not end his path or his mission, but a forceful revenge awaits the criminals who have his blood and the blood of the other martyrs last night on their hands.”

In other words, the regime will not change its behaviour. It will continue to repress the people and try to silence the PMOI / MEK.

Soleimani was considered a terrorist and was on the US State Department’s list. He is one of the highest officials in the country and he was trusted by the Supreme Leader.

Struan Stevenson, coordinator of the Campaign for Iran Change and former member of the European Parliament representing Scotland, has described the IRGC as the Supreme Leader’s “own version of the Gestapo”. Stevenson, a long-time supporter of the PMOI / MEK, highlighted that the IRGC has been enforcing the regime’s “oppressive domination” of the people of Iran while controlling a large portion of the country’s economy. Soleimani has played a significant role in all of this.

Read my piece in @heraldscotland :

Death of #Soleimani is a fatal below to #Iran regime
He was one of the most vicious criminals in #Iranian history#IRGCTerrorists #IRGC #Qudsforce #IranRegimeChange #IranProtests #MEK @SecPompeo @POTUS https://t.co/4Gi2hQLc5v

Stevenson, in fact, describes him as “one of the most vicious criminals in  Iran’s history” and has highlighted that as well as being responsible for the violence towards the PMOI / MEK, he has also been instrumental in the suppression and violence against many hundreds of thousands of Sunnis in Iraq.

There is nothing to mourn in his death. It should be celebrated because one less criminal in a country where the people are already severely repressed is no bad thing.

The PMOI / MEK wants regime change because they know this is their only chance of ever bringing freedom, democracy and the respect of human rights to Iran. In the massive uprising that started mid-November last year, the people made it very clear that they will not accept the regime’s continued suppression and belligerence. The people are desperate for the regime to fall.