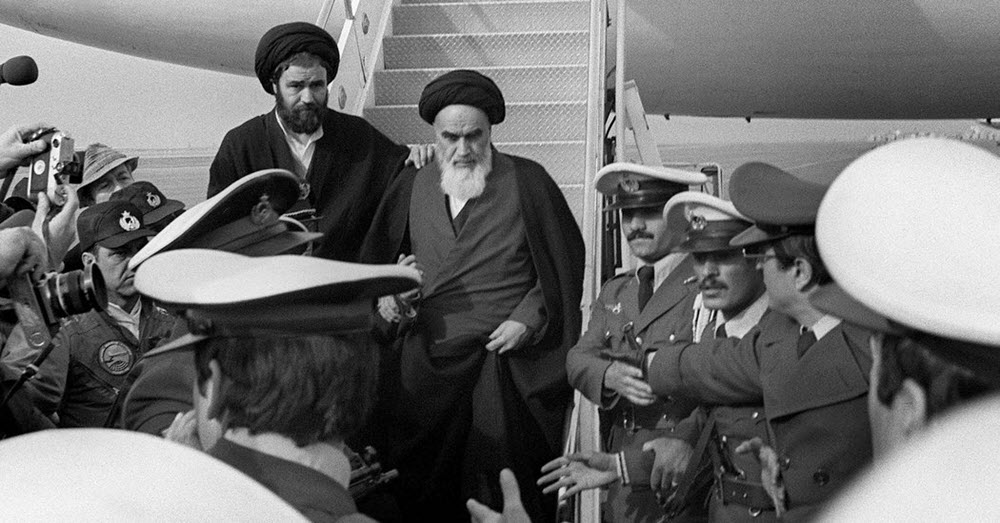 Ruhollah Khomeini, the founder of the Islamic Republic of Iran, was a cruel man with outdated beliefs who usurped a popular anti-monarchical revolution to make himself king in all but name. He never supported the democratic will of the people – although he claimed to in order to get power – and opposed real revolutions to bring political change.

Despite dying just ten years after the Regime began, his horrific legacy lives on and continues to be the benchmark for anyone seeking political power in Iran, because no one is really elected there; instead they are selected by the powers that be. So let’s take a look at the legacy he left.

Khomeini said that the workplace was no place for women and even that offices or factories became “crippled” when women were allowed to work because women disturbed the system. Women have few rights in Iran and cannot work without their husband’s consent.

Khomeini enshrined clerical rule into the post-revolution Iranian constitution and ensure that this could never be changed, even by a referendum. Khomeini also installed himself as Supreme Leader, which means that he pulls all the strings.

He disputes the idea that the Iranian people wanted democracy, despite that being what they asked for, and said that they wanted “Islamic” rule. He then claimed that by calling for democracy, people were advocating a Western government, so they should be considered “enemies of Iran” and hanged.

Khomeini ordered his men to take over the American embassy in Tehran in November 1979, causing a 444-day hostage crisis, all in order to cement his power and silence the dissenters – some of whom were trying to obtain visas to the US. At this point, Prime Minister Mehdi Bazargan resigned in protest.

There are currently dozens on Western citizens being held hostage in Iran.

Prior to taking power, Khomeini told the world that he wanted to abide by the Universal Declaration of Human Rights, but soon after he became Supreme Leader, he launched a violent crackdown. In a speech, he even threatened to “break [the] teeth” of political activists that continued to hold meetings and protests.

He even went on record as regretting allowing some political groups to become actively involved in the beginning, saying that he should have banned all opposition and hanged their leaders. Just a couple of years later, he ordered the massacre of 30,000 political prisoners, mainly members of the People’s Mojahedin Organization of Iran.

Today, political prisoners and opponents of the regime are still hanged in Iranian prisons.

Khomeini promised that Iranians would have free telephone, heating, electricity, bus services and oil when he took over, boldly proclaiming that “no one should remain homeless in this country”. Six months later, he mocked Iranians who complained about sharp drops in their standard of living. Six years later, poverty had risen by nearly 45%.
Now, the economy is in freefall and 80% of Iranians live in poverty.

Khomeini believed himself to be the leader of all Muslims and called for revolutions across the Muslim world so that the “large Islamic government [could] take over the world”, which lead to 40 years of wars, terrorism, and destruction all aimed at gaining control across the Middle East. Today, Iran spends billions on this quest and brags about its control over Iraq, Yemen, Syria, and Lebanon.

The Iranian people celebrate June 3 each year as the day a dictator died, but his dictatorship is very much alive.