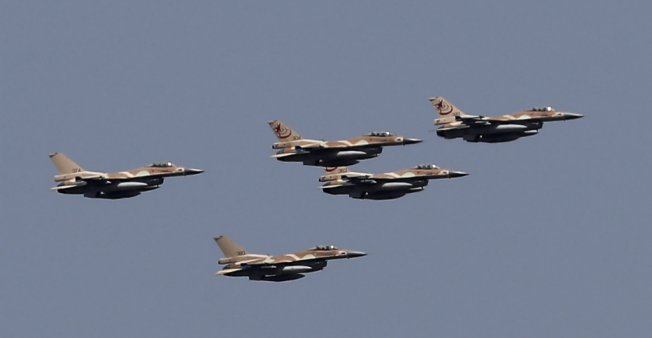 by Staff writer, SF
The Iranian Regime needs to alter its malign policy in Syria, following an airstrike that killed and injured dozens of Iranian-backed fighters from the Shi’ite Kata’ib Hezbollah group near to the Iraq-Syria border.
This strike, which is the first of its kind, targeted Iraqi militias, who have been coming into Syria to fight for the Bashar Assad Regime on behalf of Iran, and aimed to cut off Iran’s corridor to the sea, by targeting a strategic area near Albu Kamal.

It came just 18 hours after an airstrike that landed near Syrian regime soldiers and their foreign militia allies, which the Assad Regime blamed on the US-led coalition.

Iran’s land bridge
Iran has long been attempting to build a land bridge that would stretch from Iraq to Syria to Lebanon and beyond. The idea is that this network of Iran-backed forces would make it easier for the Regime to transport fighters, weapons, and cash to their terrorist proxies across the Middle East. Pro-western sources in Iraq warned about this threat back in 2016, but Iran has yet to be stopped.
For proof, we can look to the Iran-backed Popular Mobilization Units (PMU) in Iraq who, in December 2017, allowed convoys of unmarked vehicles to pass through their checkpoints into Syria.
The PMU is just one of a number of Iranian proxy groups that the Iranian Revolutionary Guard Corps enlisted to create havoc in the region and fight in Syria. Other groups include Hezbollah and the Houthis. There are roughly 80,000 Iran-backed militants in Syria alone.
PMU – a quick guide
There are roughly 100,000 PMU militants, including those in the Badr Brigade and Kata’ib Hezbollah groups, but some of them have actually been incorporated into the official paramilitary forces of Iraq by Iraqi Prime Minister Haider al-Abadi.
This is harmful to Iraq and its interests; something underscored in a recent speech by Secretary of State Mike Pompeo.
He said: “In Iraq, Iran sponsored Shia militia groups and terrorists to infiltrate and undermine the Iraqi Security Forces.”
The militants even formed their own political party, as Hezbollah did in Lebanon, called the Fatah Coalition. They came second in Iraq’s recent elections and will form part of the coalition government, thanks to Iranian meddling.
The PMU has called on the US to leave Iraq, but this is no doubt again due to Iran. Iran knows that with US forces there, they cannot take full control of Iraq, so they want the American troops to leave. The US, a key Iraq ally, will not leave the county until the threat from Iran has dissipated.
Mounting pressure
After the June 18 airstrike, the Iraqi government Joint Operations Command has been trying to distance itself from the units that crossed the border.
This shows that the pressure is mounting on Iran and its militias, ahead of the Free Iran gathering in Paris on June 30, where over 100,000 people will call for regime change in Iran.