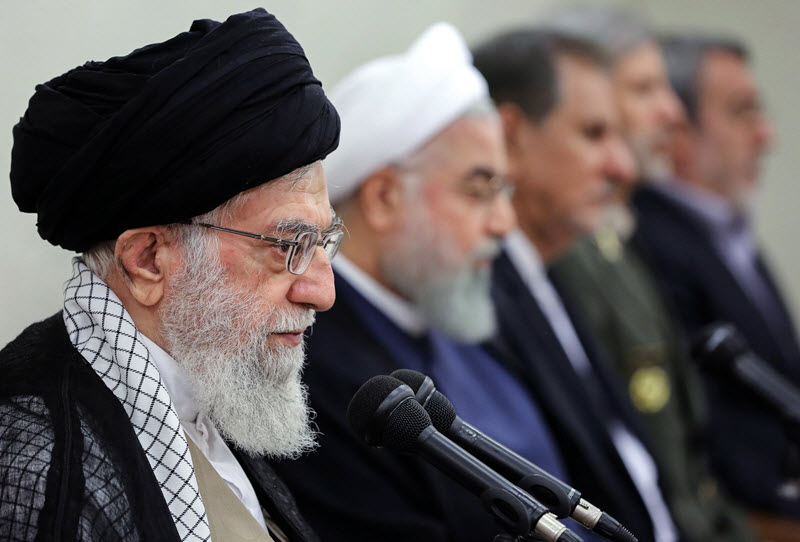 The Iranian regime finds itself in the direst straits it has faced, economically. Trump’s May 2nd decision to end waivers on Iranian oil sales put a damper on the regime’s plan to wait out the crisis.

The regime has managed to withstand the resumption of sanctions that targeted its currency and financial system, but this latest blow to oil exports will cripple the economy.

At the turn of the year, during the last days of December, into January 2018, protests in the holy city of Mashhad escalated across the cities and towns in Iran. The grass-roots movement specially called out regime’s Leader Ali Khamenei by name. It was a far more significant threat than the elite-led Green Revolution of 2009, as it crossed socio-economic divides.

Would sanctioning the regime further entrench it domestically, as Iran’s advocates in the West warned? They believed that sanctions would hurt the average Iranian, who would then rally around the leadership. Bur, sanctions pressure is what made Iran come to the table in the first place.

The sanctions are eroding the regime’s resources. In a recent interview , US special representative Brian Hook said, “We had very good meetings with both of the Saudis and the Emiratis, and they share a lot of our national security goals with respect to Iran. So it’s in our interest and it’s in their interest to deny the Iranian regime the revenue it needs to fund its foreign policy.”

Iran’s regional proxy network includes several dozen militias in Iraq and Syria, two in Bahrain, one in Yemen, and Hezbollah in Lebanon, all rely on funding from Iran. The regime must fund these groups with US dollars, and because of sanctions, it does not have enough.

After the US announcement, Iran regime threatened to close the Strait of Hormuz, and appointed firebrand General Hossein Salami as head of the Iranian Revolutionary Guards Corps. Salami is the general who infamously gloated about the capture of US Marines in January 2016. “The marines were crying when they were being captured,” he said, according to Fars News. “The Americans humbly admitted our might and power.”

Iran’s poor military capabilities leaves it with little chance in an all-out conventional war with its well-equipped Arab neighbors, or with the US. Alternatively, Iran could attack Israel rather than its Gulf opponents in an effort to reshuffle the regional cards. But this is a risky move. The International Community and Iran’s citizens are watching, and Tehran must make a decision soon, evidently Mullahs’ regime is in a real impasse, and
what would be in the best interest of the people of Iran, is Regime Change, by its own people, and their only organized resistance — the National Council of Resistance of Iran (NCRI).