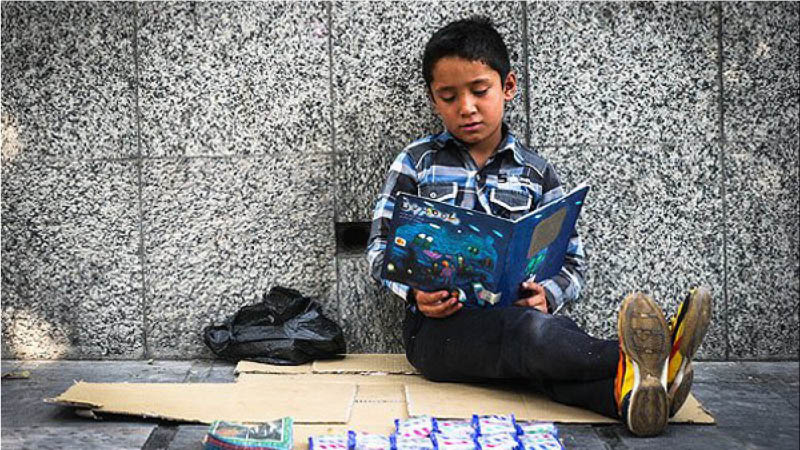 On Monday, September 23, 2019, the new academic year of 2019-2020 begins in Iran with 15 million students going to school while more than 80% of the nation is living under the poverty line. It is estimated that seven million children are deprived of education and are child laborers.

The figures published Iranian state media shows a downward trend in the number of college students, falling from 4.8 million students in the 2014-2015 academic year to 3.6 million in 2017-2018.

According to regime officials, 53% of dropouts are due to financial difficulties that families are facing. Based on unofficial estimates, there are 2-7 million child workers in Iran.

The Iranian regime has increasingly mounted its demands for tuition from students and their families, further contributing to school dropouts. Also, in the past few years, Rouhani has ordered the shutdown of various schools to cut down budgets.

This is also an intolerable situation for Iranian teachers and professors as well, and most of them live under the poverty line. As the economic situation and liquidity in Iran has further deteriorated, the minimum monthly expenses for a family of four in April 2019 was 8 million tomans ($700), while a teacher’s average monthly salary is 3.2 million tomans ($284), and a retired teacher receives 1.5 million tomans ($131).

Mrs. Maryam Rajavi, the president-elect of the National Council of Resistance of Iran (NCRI), said in a message to the Iranian people that the past year has seen more than 1,000 strikes and protests by teachers in 156 Iranian cities. Mrs. Rajavi said, “These protests are part of the Iranian people’s unrelenting, the extensive protest movement to end repression, destruction, destitution, and corruption perpetrated and expanded every day by the clerical regime to preserve their own rule.”

Turn every school and university into a resistance unit, and every city in #Iran into a rebellious city. #FreeIranhttps://t.co/weZKIqX4gk pic.twitter.com/kSkSBO1nlb

Maryam Rajavi saluted the students and teachers and said, “they are rising up to build a free Iran for tomorrow, to establish a society based on freedom, democracy, equality, and separation of religion and state, and to set up a democratic educational regime.”

“They pursue an educational system where:

– All of our fellow compatriots coming from any ethnic group can preserve their cultural, religious and lingual identity, and can speak, work and study in their mother tongue and promote it.

– All students, girls, and boys, from any ethnic group, with any faith, from any social sector, and with any financial status can enjoy equal chances for education, higher education, and employment.

– Teachers and professors could enjoy the chance to teach and do research free of all restrictions, and they would gain back the social and political status that they deserve.
– Youths and teenagers will learn the traditions of democratic life, especially the values of gender equality; they will learn mutual respect and tolerance towards dissidents and followers of other religions; they will choose selflessness to promote social interests, and they will learn the necessary skills for political participation.

– And fine arts and their various fields will become part of the educational curriculum in high schools and universities, contributing to the flourishing and livelihood of generations.”