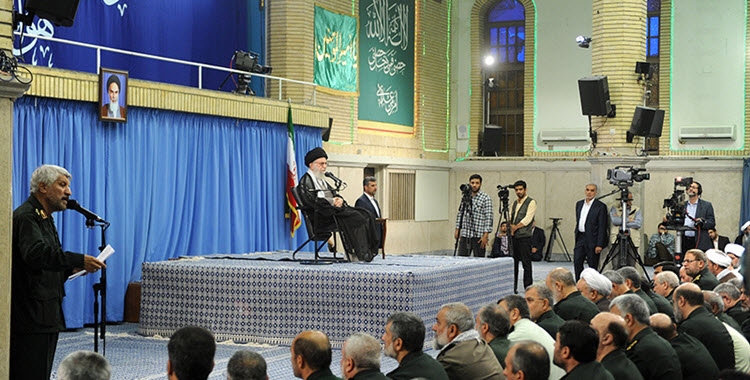 Iran is starting to feel the pressure of the new US administration after two terms of President Obama’s rapprochement and appeasement. During these 8 years of the Obama administration, the Iranian regime could relax in the comfort of silence regarding is export of terrorism, its nuclear activities and its human rights abuses.

As the elections approach in Iran, the timing is unfortunate for the country.

Nikki Haley, the US Ambassador to the United Nations said that America must act as the voice of those who no longer have their voice. She gave the example of Neda Agha Sultan – a young woman who was killed in the street during the 2009 uprisings in Iran. She also said that Iran was standing in the way of peace in Syria by continuing to be heavily involved in the country’s civil war.

At a House Armed Forces Committee hearing, former commander of United States Central Command Joseph Votel said that the regime is the main source of conflict in the Middle East and the biggest threat to stability in the region. He said that the international community is still waiting to see an improvement following the Iran nuclear deal that was supposed to bring change to the behaviour of the Iranian regime.

Summing up the Arab League summit that took place recently, the kings of Saudi Arabia and Jordan slammed Iran for its aggressive meddling and export of terrorism.

Yemeni President Abdrabbuh Mansur Hadi also criticised Iran for its backing of Houthi rebels and said that the country has been sent into a spiral of destruction because of Iran’s meddling.

Iran’s position in the Middle East is in danger and it is clearly concerned about its future. However, the biggest worry for Iran is the potential designation of its Revolutionary Guards (IRGC) as a foreign terrorist organisation. The IRGC is central to the Iranian regime’s activities and has enormous economic and political influence. It is instrumental in the country’s terrorist activities and ballistic and nuclear programs, as well as domestic repression.

Iranian society is on the verge of an uprising, and the Iranian regime knows it. And fears it. It seems that control is slowly slipping away from the clerical regime and it is struggling to stand upright.