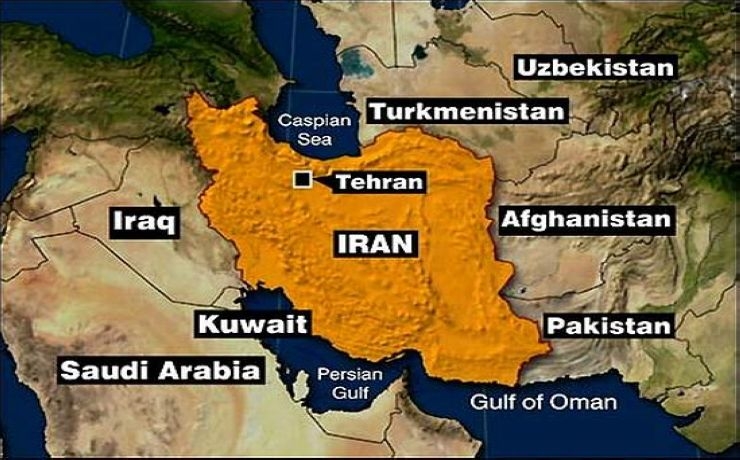 Since the very start of the Iranian revolution, Iran’s neighbours in the Middle East have tried to keep in its good books. Other nations wanted a good relationship with Iran.
History and geographical position was important and a common ground for a potentially blossoming relationship. However, things did not pan out too well for many of the neighbours.

The Persian project grew and grew and the export of the Iranian revolution took on a larger scale. Doctrines were imposed and any chance of good relations went out the window.
Iran has been interfering in the affairs of its neighbours for a long time.
Syria, Iraq, Yemen and Iraq have been particularly affected by Iran’s interference. Saudi Arabia has also been repeatedly attacked by Iran.

In fact, tension between Iran and Saudi Arabia has been on the rise for several years now and have intensified most recently.
Any chance of peace and tranquillity in the region has been dashed by Iran.
Negotiations sponsored by the United Nations have failed again and again.
Negotiations in Syria are not going too well and at the end of the eight lot of talks, it seems impossible to see any way out of it. One major sticking point is Russia’s support of Syrian dictator Bashar al Assad and his regime.

Iran has spent billions of dollars on the Syria civil war and has been playing a big role in it since the start. In fact, without Iran’s interference and its support and provision of funds, many argue that the war in Syria would have ended a long time ago. The National Council of Resistance of Iran (NCRI), the main Iranian opposition, has just published a report entitled “Primary Causes of Poverty and Popular Uprisings in Iran”.
It explains that Iran has spent between $15 and $20 billion per year on the war in Syria.

These figures are alarming, and even more so when it is compared to the $16 billion of Iran’s budget that has been allocated to health care. And the Iranian regime is trying to make us believe that the people of Iran did not take to the streets of their own will to protest against the corrupt government!

The Iranian regime has destroyed the lives of many Iranians. Too many people are working in extremely low paid jobs and are barely surviving. They know that for as long as the Iranian regime is in charge of Iran, they will never have a bright future and their situation will never be resolved. The problems with the leadership in Iran are too far gone to be fixed.
The people have been suppressed and mistreated for almost four decades and nothing the regime does now can right the wrongs of all this time.

It must also be noted that as well as ruining the lives of many people at home, the Iranian regime has ruined the lives of many more outside its borders. Due to the conflict it has created or fuelled, millions of people have been displaced from their homes. The bloody conflicts have claimed the lives of many.
It’s time for regime change.