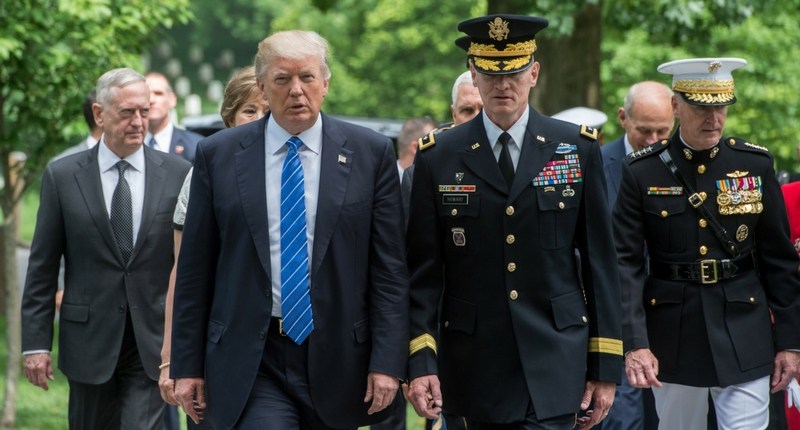 by Armin Baldwin
Whenever former US president Barack Obama was negotiating, appeasing and making concessions to the Iranian regime, very little was publicised by the mainstream media with regards to his dealing with a callous regime that creates chaos at home and spreads it across the region. However, US President Donald Trump is facing harsh criticism for his dealings with North Korea.

Muqtada Al-Sadr of Iraq has announced that a political alliance will be formed with Hadi Ameri’s Fatah movement (Ameri is the commander and head of the Badr Organization that allied with Iran during the Iran-Iraq war) and there are theories that this new alliance will be at the centre of a new Iraqi government.
With Al-Sadr’s recent victory in the elections, many believed that this would move the country away from its dependence on Iran and would re-focus itself on the domestic issues that need urgent attention. Something that the people of Iraq longed for and something the Iranian regime fretted.
The United States, under the Trump administration, recognises that Iran is the biggest problem in the Middle East and it is taking steps to curb its influence.
Last month, Trump announced that the United States is exiting the nuclear deal. He had threatened to scrap it before even taking office and he justified his decision by listing the many different ways in which the deal is not effective.
His Secretary of State Mike Pompeo also spoke extensively about the Iranian threat and listed 12 requirements that the United States is placing on Iran. The requirements were decisive and if they had been incorporated into the 2015 nuclear deal from the get-go, it would have been an extremely strong agreement that would have produced palpable results.
However, Iran is up to its usual tricks of turning its enemies against its other enemies. For example, it is turning the EU and Turkey against the US.
Forgetting the nuclear deal, it is time for the international community, and especially the European Union and the United States to come up with some effective policy to curb the current and future threat from Iran.
The Iranian regime is responsible not just for the nuclear threat, but also for interfering in the internal affairs of other nations across the region and for spreading chaos. It funds militias and proxy groups that do some of Iran’s “dirty work” and it has prolonged the civil war in Syria by years through its support of President Bashar al Assad.
Furthermore, the National Council of Resistance of Iran (NCRI), the main Iranian opposition, has been drawing the world’s attention to Iran’s disregard of human rights at home. For years it has been supporting the Iranian people and on 30th June it will hold its annual gathering in Paris where the developments in the situation will be discussed.
As the NCRI has repeatedly reminded EU leaders, human rights should be prioritised over business and investment deals. Sure, there is great business to be done with Iran, but not at the expense of human rights.