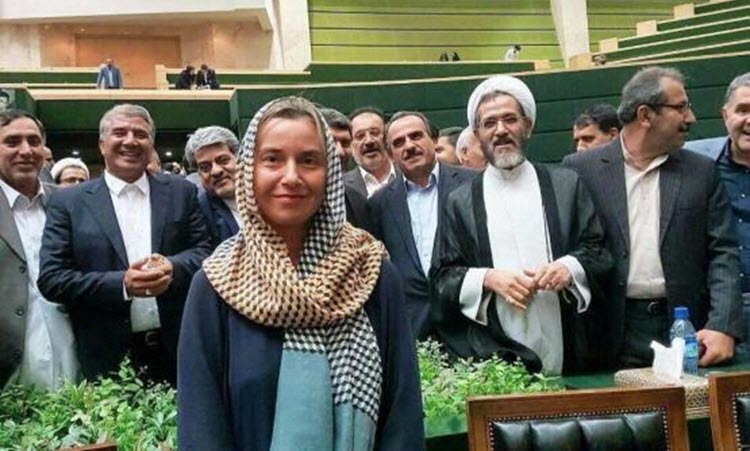 EU High Representative for Foreign Affairs Federica Mogherini and other EU officials will be attending the inauguration of Hassan Rouhani, the Iranian president that has just been re-elected for a second term. The EU sees the 2015 Iran nuclear deal as an effective way of ensuring the security of the world.

US President Donald Trump’s opinion of the nuclear deal could not be any more different. Even before he took office, Trump said that the deal was the worst he has ever seen and vowed to scrap it. He has not, yet, scrapped the deal but he is very well aware that Iran is not acting in accordance with the deal and has identified the country as the greatest threat to peace in the Middle East and beyond.

Trump chose Saudi Arabia as the location of his first foreign trip; a significant choice because the kingdom was let down by the previous US administration that sided with regional rival Iran. There Trump called on all “nations of conscience” to collaborate in curbing the Iranian threat.

The EU attitude to the deal is positive. It is confident that Iran is keeping up to its side of the deal, yet the US remains sceptical. A majority in the US are keen to either renegotiate the terms of the deal, or scrap it altogether. They are conscious that there are too many loopholes that Iran is taking advantage of.

The US has the opportunity to initiate change at the next certification date in October. The US can decide whether to grant Ian compliance (as it has done previously) or it can refuse compliance. There is currently a group at the White House that is tasked with finding ways to impose new nuclear-related sanctions on the Iranian regime.

Furthermore, many officials in the US government have openly said that they want regime change in the Islamic Republic. The CIA director has allegedly set up an Iran Mission Center which is a new department that aims to put Iran under further pressure.

However, other officials in the US do not want to see the deal scrapped. Republican Senator Bob Corker of Tennessee is one such person. Yet he does not see the nuclear deal as an effective deal – he simply sees it as a way for the US to rigorously enforce the terms of the deal. He claims that if the US pulled out, the focus would be on the US and not Iran, as it should be.