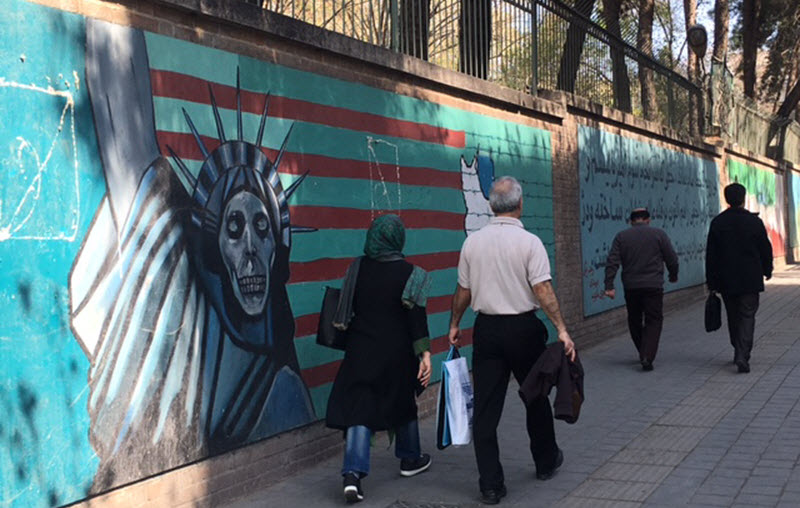 As part of the 2015 Iran nuclear agreement, President Donald Trump is legally obliged to inform Congress of his decision to certify Iran compliance, or not, with the terms of the deal.

Trump has spoken negatively about the deal on countless occasions, recently calling it the most “one-sided transaction” and an “embarrassment” to the United States.

He reportedly is getting fed up of his obligation to inform Congress about Iran’s compliance every 90 days and is looking for a way to get out of it. He has already, reluctantly, granted Iran compliance on two previous occasions.

He is in a tricky situation because the United Nations’ nuclear watchdog, the International Atomic Energy Agency (IAEA), has found Iran to be in compliance. This makes it very difficult for the Trump administration to claim that the Islamic Republic is not complaint when the independent watchdog disagrees.

However, if he “decertifies” Iran, Congress will then have 60 days to decide whether to reimpose the crippling sanctions that were lifted as a result of the signing of the nuclear deal. The sanctions were destroying the Iranian economy and the fact they were lifted was a lifeline. Analysts warn that this could destroy the deal.

Indeed, the Iranian government has already said that it will walk away from the deal if sanctions are reimposed. It also threatened that it will restart activities that will bring it closer to having a nuclear weapon.

The Trump administration is thus coming up with a strategy that would mean Trump could decertify Iran (and thus never have to do the 90 day review again), but still keep the nuclear deal in place. He could decertify Iran’s compliance on 15th October, but convince Congress to ensure that sanctions are not reimposed.

This would give the Trump administration a way to keep Iran in the deal, but would be an opportunity to address all the issues that were left out of the nuclear agreement.

For certification, or decertification, Trump must determine whether Iran is implementing the deal, has committed a material breach, has taken action that could advance its nuclear weapons program and whether keeping sanctions suspended is appropriate and in the national security interests of the US. So there are several conditions that Trump has to respond to and this is a potential way out for him.

His Secretary of Defense James Mattis said: “You can talk about the conditions under one of those, and not walk away from the other. They’re two different pieces.”

However, if Trump was to declare that the nuclear agreement goes against the security interests of the US, Secretary of State Rex Tillerson will have to waive numerous sets of sanctions on Iran in January – something that will be even more relevant to national security.

To get around this, some say that the sanctions question could be handed to Congress. But then again, if they decide to put new economic sanctions on Iran, the Iranian government’s threat to pull out of the deal will apply once again.

Whatever the course of action will be, no doubt President Trump will be keen to justify his decision.