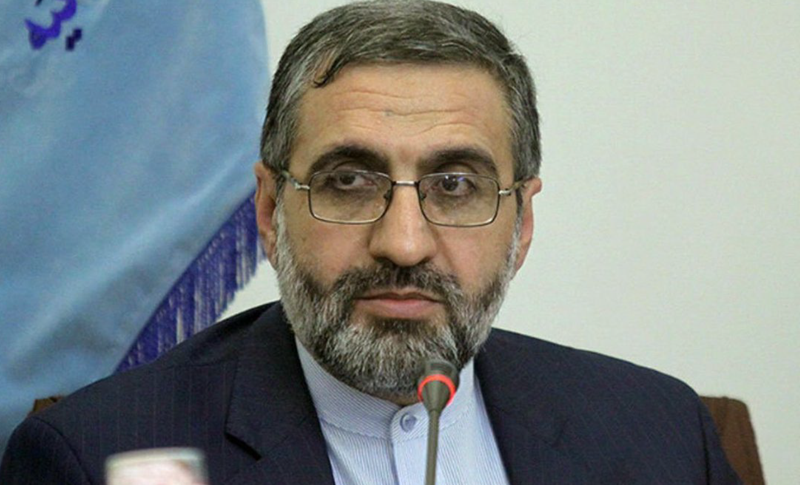 Gholamhossein Esmaili, A spokesman for Iran’s Judiciary says there are no political prisoners in Iran. He made the claim during a live televised program, after being asked about the recent death of a political prisoner murdered in Tehran’s notorious Fashafuyeh Prison.

Esmaili went on to say, “Those who sometimes claim (to be political prisoners) are those who have committed crimes against security.”

Activists on social media explained that the Judiciary’s jargon for “political prisoners” is “security prisoners.” International human rights watchdogs have observed that most political activists in Iran are charged with “acting against security,” possibly because the government does not want to be criticized for having “political prisoners.”

Amoli Larijani said that “acting against security is different from political offenses defined in the law,” and different legal procedures apply to those who are accused of such offenses.

During one of his visits to the United States, Foreign Minister Mohammad Javad Zarif told reporters that, “No one is imprisoned in Iran for his or her beliefs.”

However, according to a Human Rights Watch 2018 report on Iran, there are currently about one thousand political prisoners in Iran. These include political prisoners affiliated with various political groups, as well as journalists, hundreds of members of religious minorities including Bahais, dervishes and those who have converted into Christianity.

Still, the Iranian Judiciary refuses to carry out the Political Offense Law that was ratified by the Iranian Parliament two years ago. Because of the Judiciary’s refusal to accept detainees as political prisoners, they are usually tried at revolutionary courts, where rules and regulations are even stricter and sanctions are harsher than the courts of justice.

Prisoners are supposed to be kept in different sections based on the severity of their crimes and their prior records. Article 69 of the prison organization’s regulations states that: “All convicts, upon being admitted to walled prisons or rehabilitation centers, will be separated based on the type and duration of their sentence, prior record, character, morals and behavior, in accordance with decisions made by the Prisoners Classification Council.”