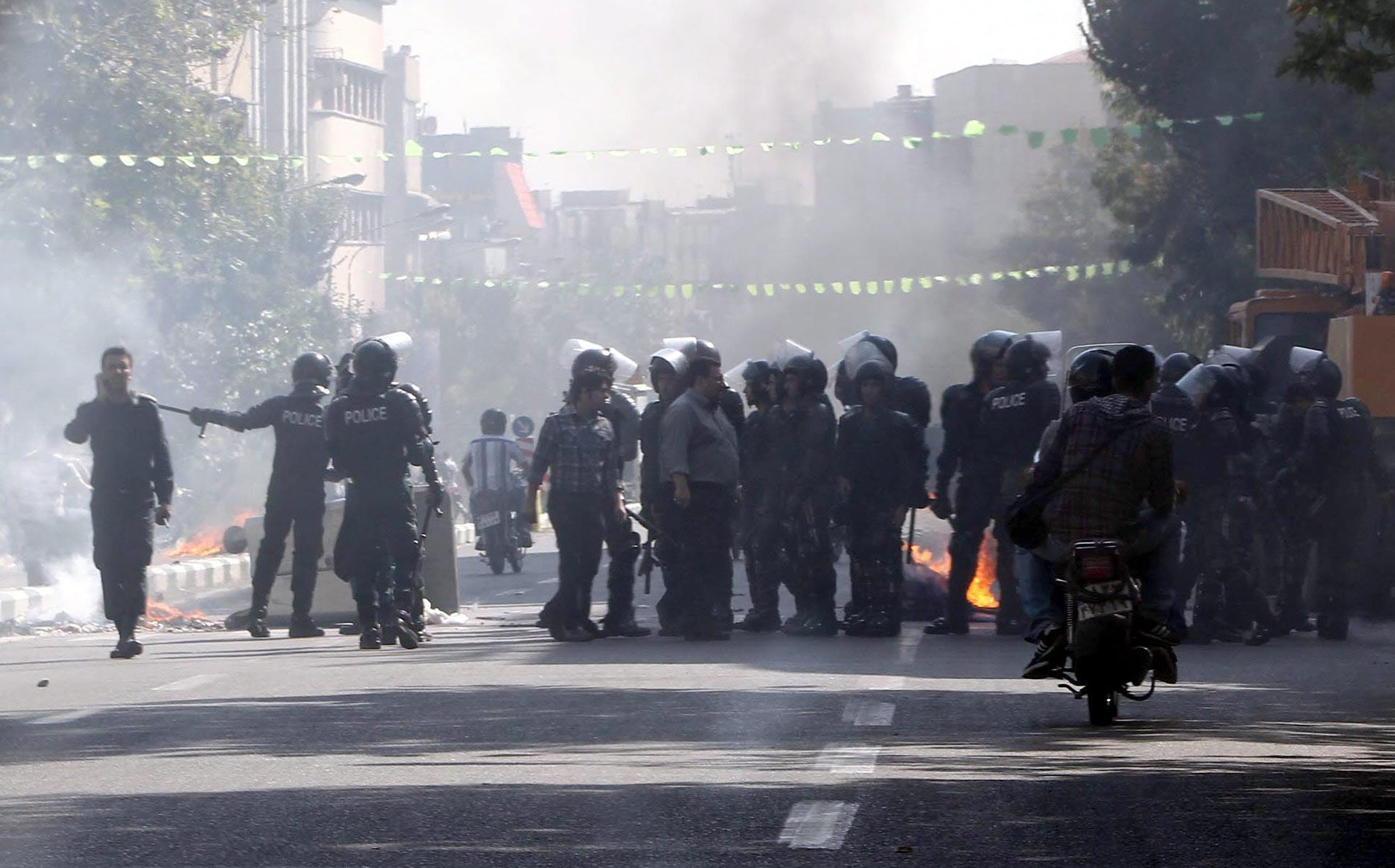 Protests and demonstrations have been taking place in Iran for more than a week now. There are reports about numerous people being injured and arrested and there have been at least thirty people killed. The Supreme Leader of the country, Ayatollah Ali Khamenei, is saying that the “enemies” of Iran are to blame for the uprising in his country.

This could not be further from the truth. The protesters are taking to the streets because they are fed up. Fed up of their country’s wealth being plundered on terrorism. Fed up of their leaders getting involved in conflicts outside the country’s borders. Fed up of being neglected. Fed up of the corruption in the government.

The people of Iran have suffered under tyranny for almost four decades. They have not seen democracy or freedom during this time, with the younger generation never having seen it.

The Iranian regime almost lost its power in 2009 when the country was awash with major protests and demonstrations, but without the support of the international community, the regime’s leadership continued. The backing of the US president would have tipped the regime over the edge, but Obama decided to turn a blind eye to the situation.

The regime has existed since then knowing that another uprising would be insurmountable. The time has come and the regime is doing what it can to diffuse the people’s anger. The head of Iran’s Islamic Revolutionary Guard Corps (IRGC) has been ordered to claim that the protests have been extinguished and that the “troublemakers” (of which they claim are only 15,000 in total) are no longer protesting.

It has also been reported that families of members of the Basij paramilitary force were told to take part in fake pro-government demonstrations with the aim of making observers believe that the regime is widely supported across the country.

In reality, protests are still going strong and many of the people that have been arrested will be tortured and possibly executed. However, this is not stopping people from participating in protests. The people are sick of the corruption in the country and want the support for Syrian dictator Bashar al Assad to stop. They want freedom and democracy and human rights.

The population of Iran is composed of many young people who want change – around 40% of Iranians are this age. The people are unable to feed their families and the country that is full of natural resources is overrun with poverty. This is while the corrupt leaders live lavishly.

Iran’s human rights record is abysmal and women and religious and ethnic minorities are suppressed. Executions take place at an alarmingly high rate with Iran carrying out more executions per capita than any other country in the world. The United Nations and other human rights organisations have highlighted, on countless occasions, the mistreatment of the Iranian people. Yet nothing has changed. Now is the time for a big change to take place. This is an opportunity that Trump and other world leaders must seize.