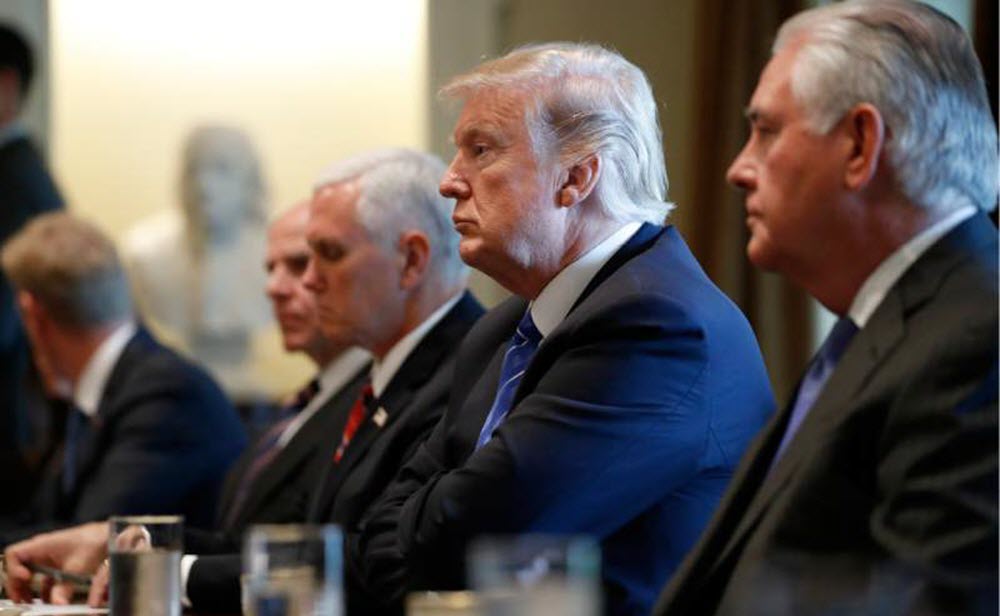 Last week, US ambassador to the United Nations Nikki Haley made it clear that President Trump is not happy at all with the Iran nuclear deal. And with good reason – it is a deal that fails to address numerous very serious issues including severe human rights abuses, Iran’s spread of terrorism, Iran’s belligerence across the region, to name just a few.

The nuclear deal that was led by former President Obama has actually emboldened Iran and given it opportunities to work on ballistic missile development.

Iran has a proven track record in cheating and being deceptive. And nothing has changed in this respect since the deal was signed in 2015. A reputable Washington think-tank has documented Iran’s behaviour since the deal was agreed and it has noted numerous acts that show Iran is not taking the deal seriously.

Examples include attempts to obtain key centrifuge components such as carbon fibre, plutonium development and violations of travel bans and arms transfers.

Aside from this, Iran has been supporting terrorism and militias such as the notorious Hezbollah, and it has been funding and fuelling chaos in other countries such as Yemen and Syria. The fact that such activities could be ignored in the nuclear deal is horrendous.

In short, something needs to change. And quick.

President Trump’s senior leaders are looking at alternative policy options. It will also be debated whether to renew sanctions waivers and certify Iran’s compliance with the deal.

Some analysts say that the best solution is for the US to simply just walk away from the deal at the first chance it gets. However, alternative options exist and it could be a chance for President Trump to make it known that he is a tough dealmaker.

For one, President Trump could make sure that Iran is not certified compliant with the nuclear deal at the next deadline – 15th October. The certification is regarding Iran’s compliance with the deal, but also whether the continued suspension of sanctions is appropriate and remains vital to the national security interests of the United States.

President Trump could also decide to take proper control of the nuclear deal. He could, after decertifying Iran, make it clear that the policy of waiving existing sanctions indefinitely will not continue. He could set a deadline after which national security waivers will be rescinded and he could relist Iranian entities – essentially going back to the sanctions that brought Iran to the negotiations in the first place.

This will put the ball in Iran’s court. Does it want to work with the US administration to create a better deal or does it want to go back to the crippling sanctions?