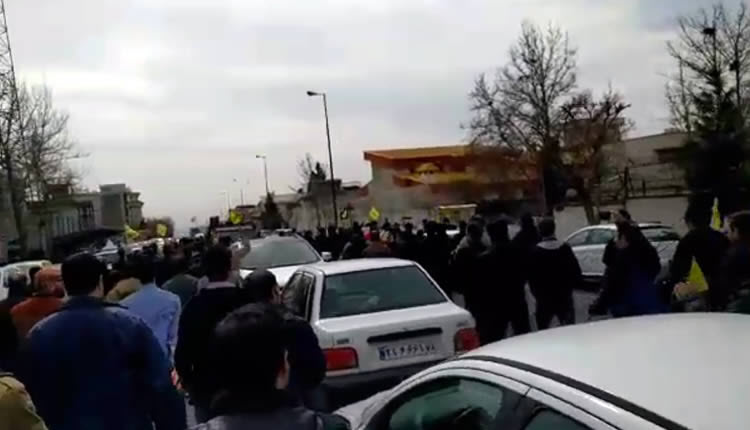 About 600 workers from Heavy Equipment Production Company (HEPCO) Arak who had stopped working on the 5th and 6th of February Finally traveled to Tehran by bus on Sunday, March 4, 2018, to continue their protests.

Attacking and mocking the Iranian regime’s false claims of supporting the workers and the oppressed, the workers chanted: The poor workers must be executed, the corrupt financial looter must be freed!

They also were chanting: “No principles found in this city, the law abides money here”, “The enemy is here (Iranian regime), but they say it is the USA.”, “Today is a mourning day, as workers life is doomed to annihilation.”

The workers were all-out and called officials a bunch of cowards, parasites, thieves and… Since no officials came out of the building to respond them. Then the workers started marching and chanted: we will not surrender to oppression and will sacrifice our lives in the path of freedom.

HEPCO workers, who have been protesting to their professional status and non-payment of their 8 months salaries, have repeatedly protested and marched several times. They announced on Sunday, that they will continue to protest in Tehran.