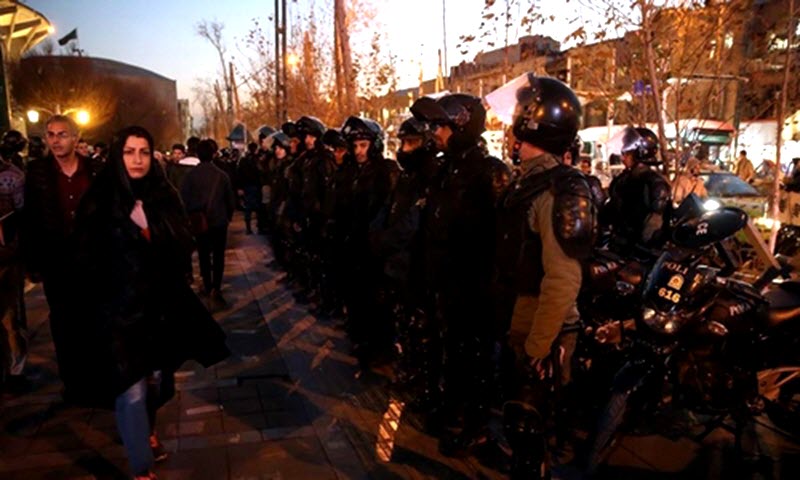 Staff writer, SF
With the support of the current American president for the Iranian protestors and their plight, things have changed since the 2009 uprising in Iran. The current US president stands with the demonstrators in Iran and is expected to institute measures to assist and support the freedom-seeking protestors. Iran’s people there are intelligent and motivated — they love and desire freedom. Many can no longer tolerate their government’s suppression.

Over the years, protests have shaped history. The American Revolution began with protests over ill treatment by the colonizing British. In Iran, protestors have similar grievances. The current protests by the people of Iran require courage and fortitude.

The risk of torture and execution is very real. In an article by freelance magazine and newspaper writer, Tom Seymour, he writes, “Not since the days of the American civil rights movement have protestors faced such certain physical harm. Americans have a long and ongoing history of protests and it is surprising that our domestic protestors have not embraced these freedom-marching Iranian protestors and at least marched or protested here on our own soil as a sign of solidarity with the oppressed. Perhaps in time they will.”

Women are leading the charge in Iran’s protests. An Iranian woman taunted men who were reluctant to join the protests. She told them to act like men and join them in the revolt. These women are heroes, and may well be the catalyst for the biggest changes since the 1979 revolution.

Seymour writes that an important thing the UN can do is to try to keep the internet open in Iran so the protestors can show the world the state of things there. He adds that the UN should voice support another heroic woman, Maryan Rajavi, and the Muhahedin-e Khalq (MEK). Mrs. Rajavai is the president-elect of the National Council of Resistance of Iran (NCR), the umbrella organization that has long worked toward Iranian independence. She recently announced that “…regime change is within reach.”

The Iranian Revolution of 2017-18 has been downplayed by the regime to appear as just another flare-up in a volatile region. Still, the ramifications of a free Iran would be that the world will be a safer place.