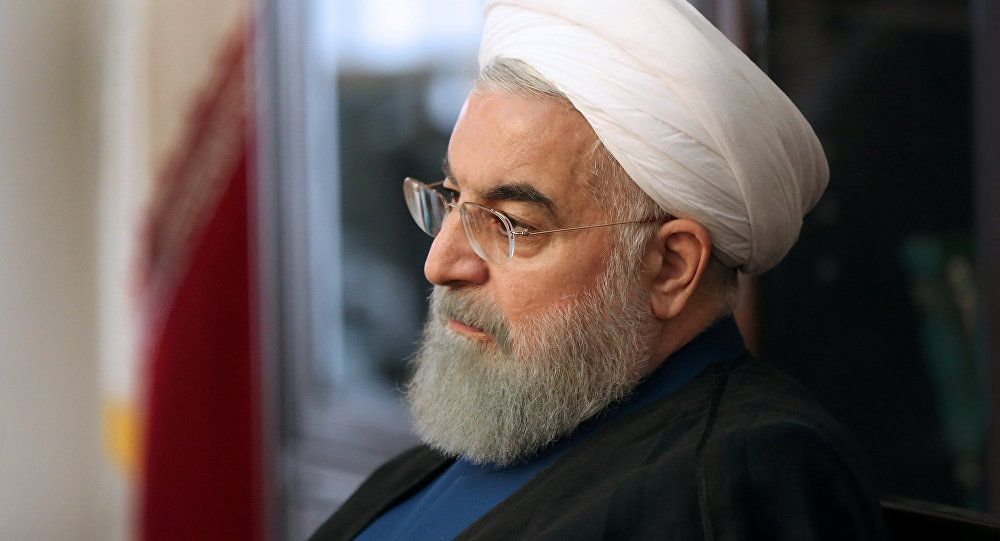 by Saeed
The situation in the Middle East is evolving rapidly, just weeks after US President Donald Trump announced that he would be pulling the United States out of the 2015 nuclear deal.
Iran has heavily depended on the nuclear deal, not least as a way of funding its adventures in the region. The sanctions that were lifted when the agreement was put in place have provided Iran with billions of dollars. The Iranian regime has been able to provide extensive funding to its militias and proxy groups and for its terrorist activities.

It has kept the Iranian regime in a comfortable place, but this is now changing. There has been no bigger sign that the days of appeasement are over for Iran.
Since Trump’s announcement about his withdrawal from the deal, Iran has been faced with blow after blow including confrontations in Syria.
However, it is not bad news for everyone. Intelligence officers in Israel are looking at the situation in a positive light because it creates new opportunities. Israel has challenged Iran in Syria in a bid to protect assets in the country and Russia seems increasingly concerned about Iran’s presence there. Russia is worried about Iran’s involvement in the Syrian civil war because the Iranian military presence might provoke a confrontation with Israel. If this possibility happens, the Assad regime in Syria could be at risk and therefore Russia’s gains may also be at risk.
Another blow to Iran was the election result in Iraq where it had not gone as the regime planned. Iran has been trying to increase its influence in Iraq but the Iraqi people have been increasingly resistant. Iran’s allies did not receive a majority of votes. In fact, al-Sadr who led in the elections won 54 seats and is anti-Iran and anti-interference.
The economy of Iran is in tatters and the currency value is plummeting to record lows.

Just before Trump announced his decision about the future of the nuclear deal, Israel revealed information about Iran’s nuclear past, proving that it has lied. The nuclear archives revealed by Israel just show how dishonest the regime is and effectively prove that the nuclear deal is based on deception.
The situation inside Iran is no better. At the end of last year, millions of people took to the streets across the country to voice their discontent. The protests turned into anti-government demonstrations and the people called on the regime to leave Syria and concentrate on the issues that need attention at home. The people made it very clear that they are not happy with the corrupt regime that is plundering the nation’s wealth and disrespecting human rights.

The clerical regime in Iran is feeling the pressure from all angles and it is uncertain how it will react. US Secretary of State Mike Pompeo has listed 12 conditions for Iran with regards to future behaviour and it seems like it will eventually have no choice to comply. He has called on Iran to stop interfering and spreading chaos in the region and to put a stop to its ballistic and missile proliferation.