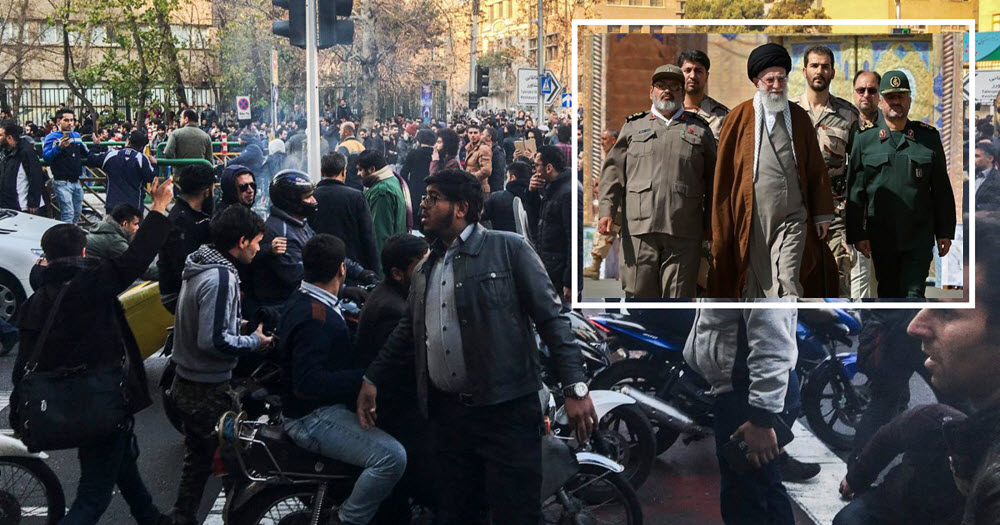 Every day, the Iranian Regime gets closer to complete social, economic, and political bankruptcy – having achieved moral bankruptcy in February 1979 – and it keeps having more doors slammed in its face.

Last February, in a desperate attempt to ward off the coming isolation, Iran’s Supreme Leader Ali Khamenei announced that Iran would be “embracing the East” as if Iran could save itself by appealing to countries in the Middle East and Asia; countries that are also heavily concerned about Iran’s malign behaviour.

He said: “In foreign policy, preferring the East over the West, preferring the neighbour over remote preference, and preferring nations and countries with whom we share similarities over others, is one of our priorities today.”

This statement did nothing to convince Iran’s neighbouring states – many of whom are victims of Iran – to embrace the Gulf nation. However, it did build morale among the Iranian factions who were sceptical about Iran’s relationship with the West, particularly the 2015 nuclear deal, and who feared that the nationwide uprising that began in December 2017 would spell the end of the Regime.

In May, Fars news agency, which is affiliated with Iran’s Islamic Revolutionary Guards Corps (IRGC), praised Khamenei’s statements and claimed that Russia would likely become an economic partner for Iran in the wake of their growing political cooperation, whilst also bashing those in the President Hassan Rouhani faction for supporting the nuclear deal and reaching out to Europe. It even claimed that reports of Russia’s positions about Iran were “fake news” designed to destroy one of Iran’s trading options.

However, just months later Russian deputy foreign minister Sergey Rybakov told CNN that Russia is concerned with Israel’s security and that Russia and Iran are not aligned regarding developments in Syria.

This came shortly after the Israeli air force conducted several heavy attacks against military sites in Syria that belonged to the Iranian Quds Force; the extraterritorial arms of the IRGC, which is sanctioned for terrorist activities by the US. The chair of Iran parliament’s national security and foreign relations committee, Heshmatollah Falahatpisheh, criticized Russia for not using its S-300 anti-air missiles to defend the Quds Force in Syria.

He said: “It appears that there has been sort of coordination between [Israel’s] attacks and the Russian anti-air system that is stationed in Syria.”

The Iranian Resistance wrote: “It appears that Ali Khamenei’s policy of embracing the East is nothing more than wishful thinking and the means to boost the morale of a regime whose change is long overdue.”