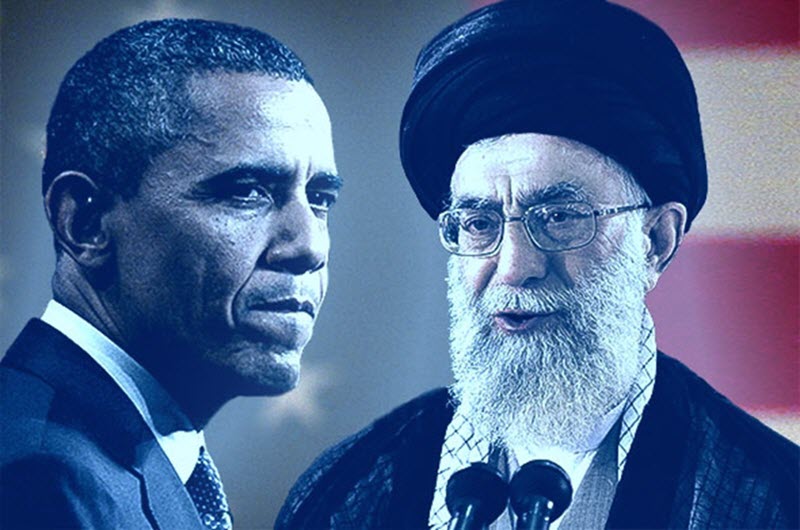 Former US President Barack Obama was a firm believer in appeasement policies towards Iranian regime. He tried to convince everyone that if the US pursued these policies, Iran’s actions would fall into line with international standards. He believed the Iranian regime’s claims of moderation – despite the signs that portrayed the exact opposite.

Obama tried to convince the international community that the nuclear agreement would curb the nuclear threat and he tried to say that it would bring great change to Iran. He thus proceeded to give in to Iran’s demands during the negotiations. The result was a weak deal that President Trump has since described as “the worst”.

Even after the nuclear deal was signed in 2015, the Iranian regime’s Navy continued to harass and provoke the US Navy. However, when Trump took office, the provocations and harassment stopped with experts explaining that this was due to the unpredictability of Trump.

When Obama was in office, he would routinely ignore Iran’s provocations and turn a blind eye to its belligerence. The Iranian regime knew that he was set on appeasement, therefore asserted its power by carrying out acts that it knew would not be reprimanded.

The Iranian regime fears Trump’s hard to read character with regards to military strikes and it realises that he will not ignore actions that the previous administration failed to address.

This does not mean that Iranian regime is no longer belligerent now that Trump is in office. It merely means that it has toned its behaviour down. There are still anti-US activities being instigated in the region.

A US Navy commander recently said that Iran appears to have “made a conscious decision” to stop routine provocations towards the Navy and a huge change in its behaviour has not gone unnoticed.

One of Iran’s boldest of actions took place at the beginning of 2016 when it took control of a couple of US Navy rivernine boats. They had entered Iranian waters because of mechanical problems and Iranian officers aired footage on state television of the ten US soldiers crying while being detained. To make the situation even worse, Iranian authorities boasted that they would commemorate the event by building a monument.

During the US presidential elections, Trump warned Iran that if it continued to threaten and provoke the US Navy and “make gestures at our people”, he would ensure that they are “shot out of the water”. After being elected, such provocations ceased.

Trump vowed to take a tough stance on Iranian regime – and it shows that this has been much more effective than Obama’s approach. The Iranian regime does not respond to appeasement. It takes advantage of appeasement and worsens its behaviour. Tough talk and actions to follow make the Iranian regime think twice before it acts. But one thing will never change – the regime itself and its core values. It is for this reason that the people of Iran took to the streets in their millions at the end of December. They have been calling for regime change as they know it is the only option.