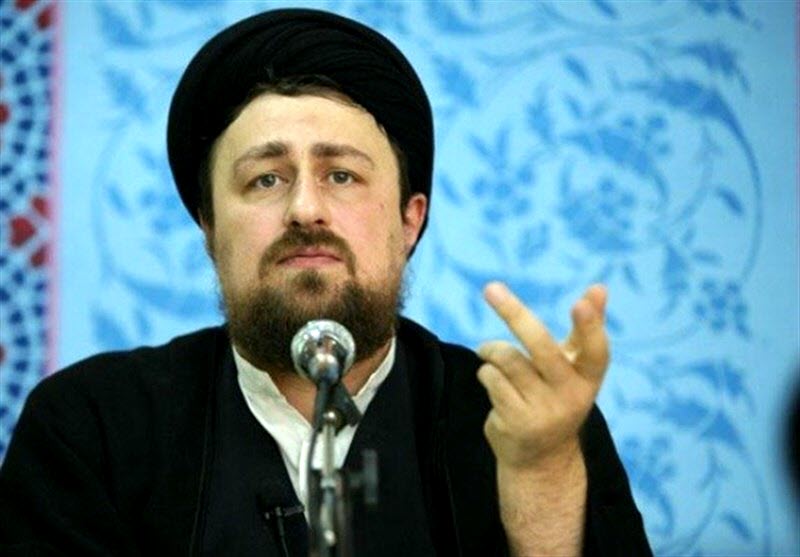 The so-called prince of Iran, grandson of Iranian Regime Founder Ruhollah Khomeini, has warned that the Regime is on the brink of collapse.

Hassan Khomeini, whose name has been mentioned as a possible candidate for the next Supreme Leader, said that if the Regime failed to address the problems of the people, specifically with regards to human rights and economic pressure, then the Regime would fall.

His recent comments echo those of many within the religious establishment who have warned over the past year that the popular protest movement will likely bring about the end of the Regime.

Former member of the Iranian parliament Faezeh Hashemi, who is the daughter of former Iranian President and a key figure in the 1979 Revolution Ayatollah Akbar Hashemi Rafsanjani, said several days before that ideology of the Regime has totally collapsed.

She told Mostaghel newspaper: “We are not yet talking about a physical collapse, but I see (physical collapse) as a definite possibility… The sound of expanding cracks can already be heard… Wherever we look, there is a definite lack of efficiency and a lack of leadership and logic. Everything is neglected, and no attempt has been made to find a solution to the problems. Worst of all – the situation is only getting worse and there is no sign of any improvement.”

It is worth noting that Hashemi was incarcerated for six months after being accused of creating anti-regime propaganda. She said that “intimidation” and “harassment” were how the Regime stayed in power, citing the imprisonment of activists, strikers, and ordinary people.

Criticism of the Iranian Regime continues to grow more steadily outside of the elites, with student demonstrations taking over universities in Tehran in recent weeks, even attracting older people to show their support. The video clips show people chanting “we aren’t afraid while we are together,” “leave them alone,” “death to the dictatorship,” and other anti-government slogans, even as plain-clothes Regime agents attempt to attack the protesters.