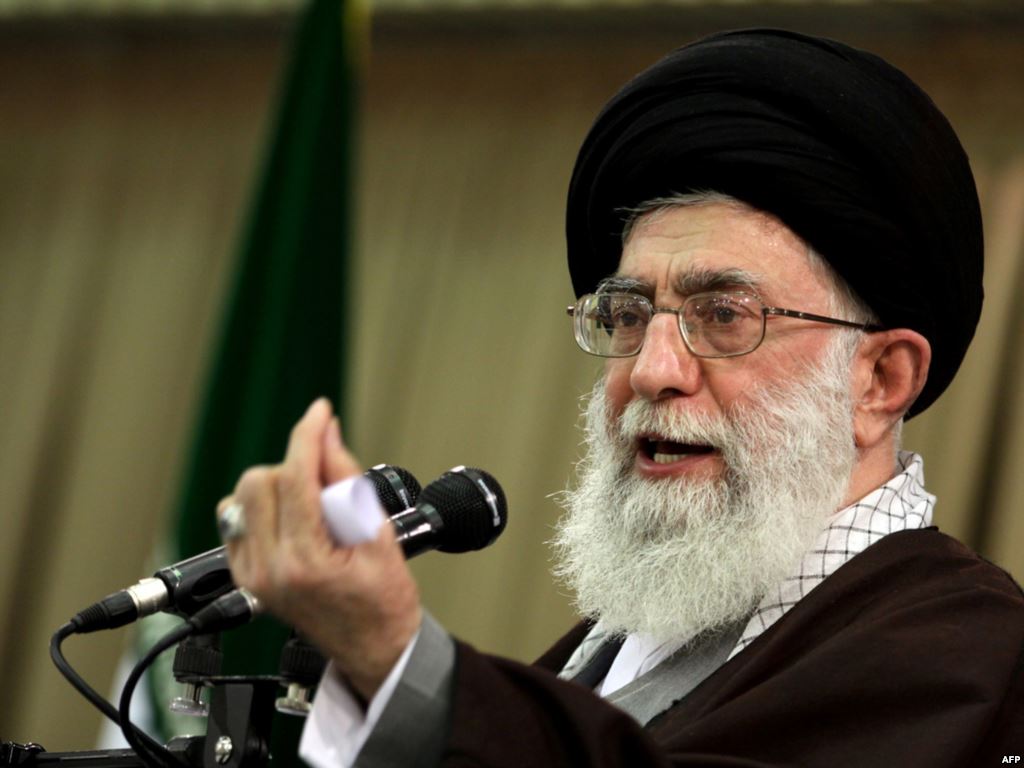 by Armin Baldwin
On March 21, the first day of the Iranian year, Supreme Leader Ali Khamenei gave a speech praising “freedom of expression” under the Regime, but notably left out the fact that thousands of activists are currently imprisoned for peaceful protest against the Regime.
It is more clear than ever that the just Islamic Republic that was envisaged by the protesters during the 1979 revolution has not come to pass. Not only are the people just as suppressed, the country is now on the brink of bankruptcy.

Even the instructions that make up the Regime appear to be openly admitted that the Regime is failing, as the Guardian of Islamic Revolution did on Republic Day, and several high-ranking people in Iran did in open letters to Khamenei on April 5.
One of these letters referred to Khamenei as “a liar in the calibre of [Nazi propaganda minister] Joseph Gobbles” for his new year’s message. It’s important to note that the internal attacks are likely from those who seek to take power upon Khamenei’s death, but this still represents a very unstable Regime.

Simply, the Iranian Regime is facing attacks from the US, the Iranian people, and even those from inside the Regime. It cannot whether these attacks for long, as the Regime has been made weak by multiple interventions in foreign conflicts.
What should be done?
Well, there is no hope of reform within the Regime. The country has been promising that for 40 years with no actual reform, thus there is no reason to expect change now. Instead, the international community should support regime change in Iran, which would be brought by the people.
The Iranian people launched a nationwide protest calling for the removal of the Iranian Regime and the introduction of a democratic government. They’ve rebranded the ‘reformist’ camp as ‘continuationists’ and want the West to see that there are no moderates in the Regime.

The West should stand with the Iranian people and stop the appeasement of the brutal mullahs. One way that they can do that is by scrapping the nuclear deal, which provides no benefits to the Iranian people and is instead used by the mullahs to fund their illicit security forces.
Another way is by publically supporting the president-elect of the Iranian Resistance, Maryam Rajavi, and her ten-point plan for a free Iran, which includes human rights, separation of church and state, and better international relations.