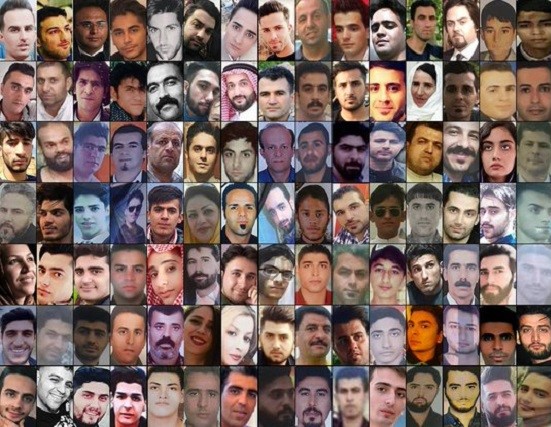 One of the Iranian regime’s top officials has admitted to the dimensions of the brutal crackdown on the November Iran protests.

Ali Shamkhani, Secretary of the Iranian regime’s Supreme National Security Council, spoke to the families of those killed in the protests, on December 12, and admitted that over 85% of those killed were not even taking part in the uprising. This is frankly unsurprising considering that the regime ordered its security forces to open fire indiscriminately on groups of more than 10 people.

According to the state-run IRNA news agency, he said: “More than 85 percent of those who died in the recent events in Tehran did not take part in the protests.”

He then made the ridiculous claim that the individuals “were killed in a suspicious manner with unofficial cold weapons or firearms”, even though we all know that the only party that was armed was the regime’s forces. There are dozens, possibly hundreds, of videos on social media showing that the regime’s suppressive forces and plainclothes agents firing directly at defenseless protesters.

Shahin Gobadi, the press spokesperson of the People’s Mojahedin Organization of Iran (PMOI/MEK), said: “Shamkhani’s remarks are indicative of intense social pressure on the regime which fears another public outburst. Its fear has prompted top regime officials to make such ludicrous announcements.”

He explained that new dimensions of the crimes of the mullahs’ regime during the uprising are becoming clear with each new day. The MEK, who has been reporting on the protests since they began on November 15, said that over 1000 protesters were killed, another 4000 were wounded, and at least 12000 were arrested. The MEK said that 320 deaths were recorded in hospitals in Kermanshah alone.

The UN should take urgent action to dispatch an international fact-finding mission to #Iran and visit the detained protesters. #IranProtests

To date, the MEK has identified over 457 victims, but due to the secrecy of the Iranian Regime, it has been hard to gather all of their names. The regime has even been observed moving bodies from hospitals and the streets and taking them to unknown locations to conceal the deaths.

Mrs, Maryam Rajavi, the President-elect of the Iranian Resistance has reiterated that urgent action is needed to stop the massacre and free the arrested protesters. She called on the United Nations Security Council to declare this massacre a crime against humanity. She said the UN Secretary-General should immediately dispatch a fact-finding mission to Iran to investigate the dimensions of the massacre and inspect the prisons and detained protesters.