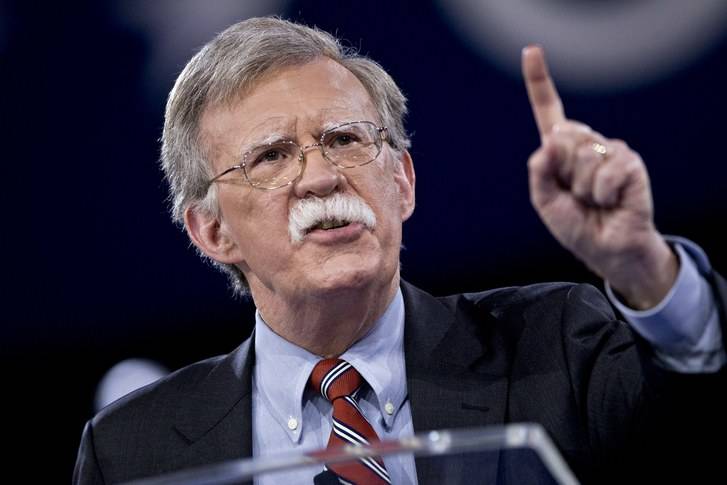 “The use of hardline elements against the Islamic Republic of Iran shows that the Americans seek to exert more pressure on Iran,” the Chairman of the Iranian Parliament’s Committee on National Security and Foreign Policy declared.

Eshaq Jahangiri, the first Vice President opined, “They (US officials) are wrong to assume that the Iranian nation will give in to their threats against the Islamic Republic.”

Fars News Agency wrote in an editorial, “Bolton advocates a foreign policy that exaggerates threats, belittles diplomacy, shows contempt for international institutions, and is quick to use violence… Bolton wants to shred the Iran nuclear deal and bomb Iran, whose policy has consistently favored stability…. Experts and policy-makers in Tehran see the Trump theater as no more than a bluff as the U.S. lacks the needed economic, political and military potentials and legitimacy to go for yet another adventurism in the world.”

Bolton’s appointment make it clear that the United States will no longer pursue a policy of appeasement toward the Islamic Republic of Iran.

The turn of the year uprisings that recently spread across Iran display that the people are tired of their disenfranchisement under this theocratic dictatorship. They want freedom, justice, democracy and the rule of law.

Bolton has been advocating a tough policy toward Tehran for the past two decades. Regarding Bolton’s appointment, Struan Stevenson, a former member of the European Parliament from Scotland, put it best when he wrote, “There is only one way to stop the current conflicts and wars in the region: adopting a firm line with the Iranian regime and supporting the popular uprising for a democratic change in Iran.”

John Bolton will translate these words into action.

During the summer of 1988, over just a few months, the Iranian regime is said to have executed some 30,000 men, women and juveniles who were imprisoned for their affiliation with MEK. The U.S. Government, during Operation Enduring Freedom in Iraq, pursued a policy of protecting MEK members there from attack by Iranian-affiliated forces. The United States has a long history of helping the victims of political persecution.