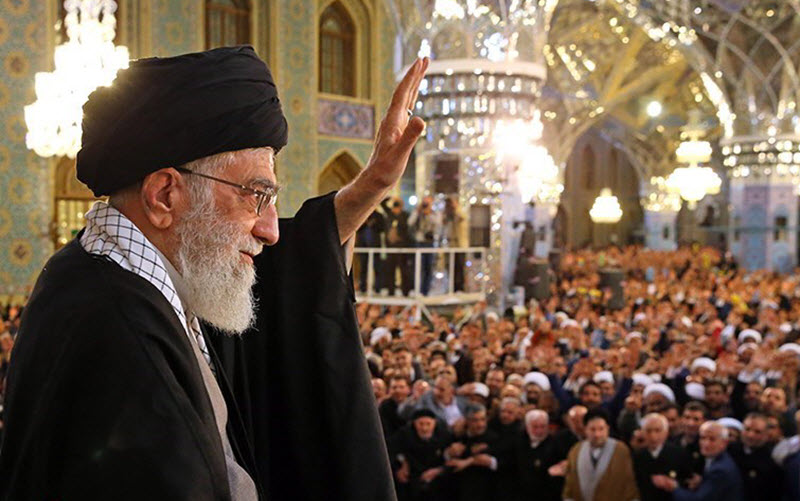 Supreme Leader Ali Khamenei’s annual address in the holy city of Mashhad is considered to be his most important speech of the year. With this speech, which he delivers after the Persian New Year, the most powerful man in Iran outlines his plans for the next 12 months in the Islamic Republic.

In fact, according to Dr. Majid Rafizadeh, the Harvard-educated Iranian-American political scientist, who is the president of the International American Council, “Iran’s lawmakers in the Majlis (parliament) and military generals view Khamenei’s annual speech as direct instructions to be followed. Policymakers should also search for the important issues that Khamenei deliberately and shrewdly evades.”

One of the points of this year’s speech, given on March 21st, highlighted that the Islamic Republic must maintain its core revolutionary principle of opposing Western countries. Khamenei made no distinction between the US and European countries this year — a distinct reversal from the tone he previously used toward the European nations in his annual speeches. The reason Khamenei’s tone has shifted is because European countries have been slow in assisting Tehran to bypass the US sanctions reimposed by the Trump administration that had been lifted or waived under the Joint Comprehensive Plan of Action (JCPOA), commonly known as the Iran nuclear deal.

Continued trade or business dealings with the Iranian government would result in American individuals and companies and non-American entities being punished. Many European firms and corporations, including French energy giant Total, subsequently abandoned their plans to invest in Iran.

Khamenei’s main military institutions — the Islamic Revolutionary Guard Corps, its elite Quds Force branch, and Iran’s militia and terror groups. — were the main beneficiaries of the increased cash flow following the nuclear deal. Now they are experiencing a significant drop in their income.

Tehran expected the EU to come to its aid, but the Islamic Republic soon realized that the EU’s projects and mechanisms, such the Instrument in Support of Trade Exchanges (INSTEX), are not effective. A frustrated Khamenei ridiculed the EU, stating: “This financial channel they recently set up resembles a joke, a bitter joke… Europeans should have stood up to the US after it left the JCPOA and should have lifted all sanctions against Iran.”

However, the bottom line is that European companies will not risk their business with the US or access to the US financial systems by dealing with Iran.

In his Nowruz speech, Khamenei advocated deploying more hard power, rather than diplomacy and soft power, to carry out domestic and foreign policies. He emphasized that the country’s military infrastructure should be advanced.

This would be a clear defiance of the international community’s pressure to halt Tehran’s military adventurism and its ballistic missile program. Khamenei pointed out, “We shall continue to strengthen our military power in spite of the enemies and will not relent under pressure.”

“Khamenei demonstrated escalating antagonism toward those state or non-state actors that his regime views as enemies and rivals,” Dr. Rafizadeh explained.

Khamenei lashed out at Saudi Arabia and incited anti-Western sentiments. He said, “Deep inside, Western politicians are savage individuals in the true sense of the word. You should not be surprised at this. They wear a suit, they wear a tie, they put on perfume and they carry a Samsonite briefcase, but they are savages and they act in a bestial manner in practice.” He also blamed the West for the nation’s economic crisis.

On a positive note, he labeled the coming year as one “of opportunities, possibilities and openness” and a year for “boosting production.” But, how can the Iranian people regard the new year as a “year of opportunities” and “boost production” when the country’s leaders have not taken any concrete steps to address the regime’s financial corruption, misuse of public funds and the widespread banking crisis? These problems are systemic and exist deep in Tehran’s economic infrastructure.

While Khamenei made it clear that he is determined to defy international norms and destabilize the region, he will also allow Iran’s economic problems to continue to push the country into crisis.