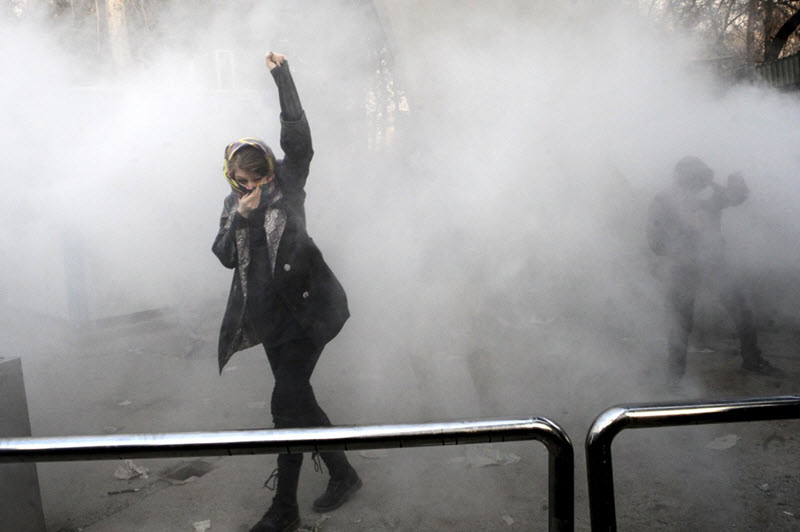 “Tehran’s defiant attitude is part of a desperate strategy to compel the international community to stand down,” writes Alejo Vidal-Quadras, former vice-president of the European Parliament, professor of atomic and nuclear physics, and president of the Brussels-based International Committee in Search of Justice.

In the face of the “maximum pressure” campaign by Trump’s White House, the Islamic Republic of Iran has maintained a defiant tone. Last week the campaign announced that after their current waivers expire on May 2nd, the US would not grant new ones to the eight leading purchasers of Iranian oil. The announcement came just two weeks after the Islamic Revolutionary Guard Corps (IRGC) were to be sanctioned and designated as a foreign terrorist organization by the US government.

While theocratic and military authorities attempt to portray themselves as unaffected by the pressure, experts claim that their defiance is mere bluster. For instance, the IRGC controls the vast majority of Iran’s gross domestic product. Oil exports are central to the nation’s economy. Blacklisting them on top of cutting off most of the world’s markets from Iranian exports may precipitate a larger crisis than the one the Islamic Republic is already facing.

According to Vidal-Quadras, “The seriousness of the pre-existing crisis was already well established at the beginning of last year, at which time residents of every major Iranian city and town were participating in nationwide protests that reflected the people’s frustration with rampant economic mismanagement and nearly 40 years of violent repression by a non-representative government. Although the initial unrest was suppressed within weeks, largely by the action of the IRGC, it was the start of a much larger movement that continues to inspire public demonstrations to this day.”

Maryam Rajavi, the leader of Iran’s democratic opposition called the entire year 2018 a “year full of uprisings”. The People’s Mujahedeen Organization of Iran (MEK) has been credited with facilitating the rapid spread of the nationwide protests, and with popularizing its most provocative slogans like, “Death to the Dictator.” Slogans like this leave little doubt about the ultimate goal of the movement — namely regime change at the hands of the Iranian people.

The United States’ pressure campaign has already begun to help the Iranian people to do so. Following the American withdrawal from the 2015 Iran nuclear deal, Iran’s nationwide unrest served to demonstrate that the civilian population has had enough of the economic hardship the regime failed to alleviate. “In other words,” Vidal-Quadras writes, “it undermined familiar criticisms of assertive Western policy, which tend to suggest that such pressure could drive the Iranian people to rally behind their hardline government while blaming the Western world for their misfortunes.

Supreme Leader Ali Khamenei and other Iranian officials have eagerly sought to encourage that very response, but to no avail. Their failure is made all the more remarkable by the fact that much of the regime’s anti-Western propaganda doubles as a veiled threat against those members of the domestic population who would dare to openly voice their dissent, or to promote supposedly ‘Western’ values of democratic governance and secular morality.”

Later, after the Trump administration announced the terrorist designation for the IRGC, Supreme Leader Khamenei cut short the previous IRGC head’s appointed term of office, and installed Hossein Salami as his replacement. The hardline Iran-Iraq War veteran’s appointment has been described as a shift to the very hardest line leadership. The appointment came quickly after Salami publicly declaring that the IRGC was “proud” of its new terrorist designation. And Khamenei himself echoed that sentiment, declaring that any action that makes Western “enemies” angry is “appropriate and correct” for the Islamic Republic.

Support by groups like the MEK for the continued escalation of domestic pressure, and their hopes that the regime will continue to suffer under Western sanctions is their message, which they partially conveyed during the 2018 protests. Ordinary Iranians recognize that their hardships are due to Tehran’s self-serving rule — not from Washington’s foreign policy.

Hopefully, the Trump administration will remain committed to seeing their strategy through. Partners of the United States who are torn must pick a side, because although Tehran’s defiant attitude suggests a potential for war, in reality, it is a desperate strategy. If the adversaries of the Iranian dictatorship are willing to call the regime’s bluff, it will lead to regime change — the ultimate path toward peace in the Middle East and the rest of the world.