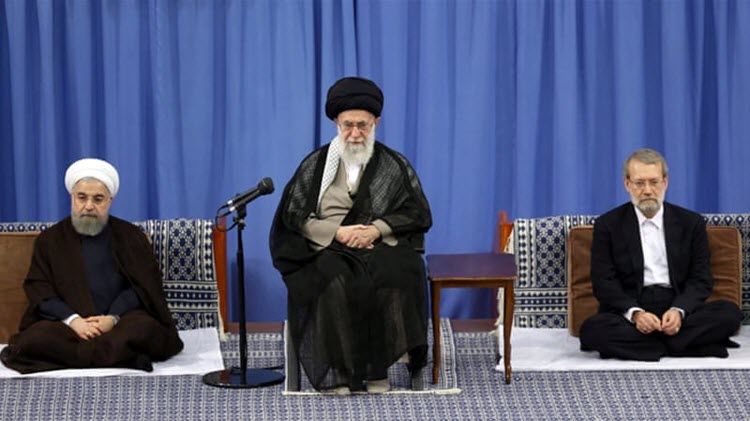 by Navid  Felker
Iranian Foreign Minister Javad Zarif recently wrote a letter complaining 27 absurd conditions for any new nuclear deal with the US, in response to the speech by Secretary of State Mike Pompeo that outlined 12 reasonable conditions for any deal with Iran.
One of Zarif’s conditions was that the US stop resorting to the threat or use of force (a breach of the UN charter) when conducting business with Iran, which was an odd thing to stipulate considering that the Iranian Regime has both made threats of force and attempted to use force itself in just the past couple of weeks.

In late June/early July, an Iranian diplomat and some Iranian nationals were arrested for plotting to a bomb the rally of the exiled opposition in France, after Belgian authorities found 500 grams of a powerful explosive and a detonator hidden inside one the car of two operatives.
The rally, which annually attracts thousands of participants, was attended by many prominent Americans, including former New York City Mayor Rudy Giuliani, former US House Speaker Newt Gingrich, former New Mexico Gov. Bill Richardson, and former FBI Director Louis Freeh.
Then the Iranian Regime threatened the world’s oil supply in the Strait of Hormuz, with Iranian President Rouhani dropping hints and two prominent Islamic Revolutionary Guard Corps (IRGC) leaders making explicit threats, after the US put pressure on other countries to end their reliance on Iran’s oil or face sanctions.
What’s even more shocking is that these threats actually target countries that are sympathetic to the Regime. France (where the rally was held), Germany, Britain, and China (who are major importers of the oil that goes through the strait) are all still involved in the Joint Comprehensive Plan Of Action (JCPOA), more commonly known as the Iranian nuclear deal, that Donald Trump pulled out of in May, sparking sanctions and Pompeo’s speech.
However, this is nothing new. Iran has a long history of threats and the use of force.
The Iranian Regime arranges rallies every February, June, and November to mark important events in their history – like the taking of the American hostages in November 1979 – where paid (or threatened) protesters shout “Death to America” and “Death to (Israel)”. And this didn’t stop when the US negotiated the nuclear deal either. Those same protesters chanted “Death to Obama,” and “Death to Kerry”, while they hanged Obama in effigy.
During the Iran-Iraq war of the 1980s, Iran attacked plenty of international ships carrying oil through the Persian Gulf, but during the 1980s and 1990s Iran instructed its Hezbollah proxy to kill and injure hundreds of Americans. Even during the second Gulf war, Iran provided bombs and weapons to Iraqi and Afghani terrorists, which killed over 1,000 US troops.
Today, Iran still funds terrorists in order to target Americans and they won’t stop.
Adam Turner, the General Counsel and Legislative Affairs Director for the Endowment for Middle East Truth (EMET), wrote: “Zarif can say whatever he wants. But facts are facts, and Iran’s record of threatening other nations and attacking other nations (sometimes through proxies) is easily available for all to see. There is a reason that Iran has been called the leading state sponsor of terrorism for the last three decades.”