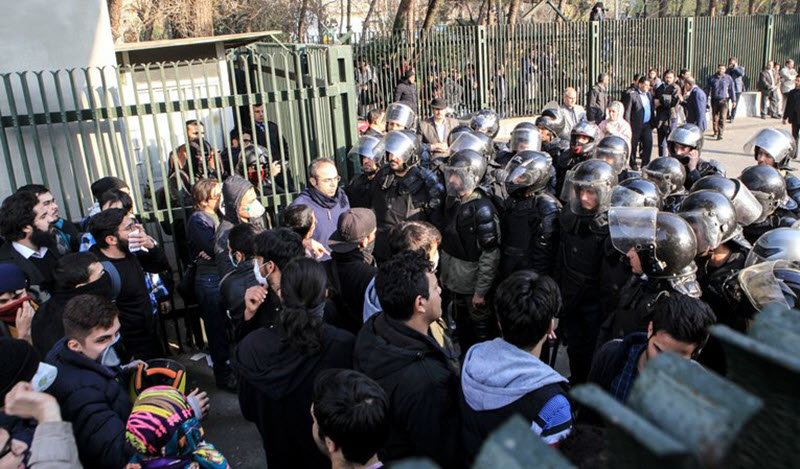 The head of Tehran’s Revolutionary Court threatened to bring in foreign fighters to attack the Iranian people and prevent an overthrow of the Regime in comments last week.

Musa Ghazanfarabadi told young Islamic scholars and clerics in Qom on March 6 that Iran would bring in “militia groups who are part of the axis of resistance [to] protect the Islamic Revolution in Iran”, including the Popular Mobilization Forces (PMF), Liwa Zainebiyoun, Liwa Fatemiyoun, and the Houthi rebels.

This, of course, caused further anger among Iranians, with many taking to social media to express their feelings as that is the only place that the people can express themselves. Some called it “treason” against the Iranian people, while others said that this was the price they were willing to pay for “freedom and democracy”.

An informed Iranian source stated: “Those who theorized the justifications behind Tehran’s regional policies and its support for militias did not really know that one day the regime will use these groups against our people in order to prevent regime change?”

Others threatened that if they saw foreign fighters in Iran, then they would “take up arms and… teach them a historic lesson”, but yet more welcomed the threat for exposing the reality in Iran, which is that the “Iranian people do not want the Iranian regime”. The fact that the Regime is bringing in foreign fighters to stop protesters is a clear indication that the mullahs “fear” regime change.

Human rights organizations condemned the speech and advised that Iran could use armed foreign groups to prop up its regime, just as the mullahs have been doing in Syria to suppress the people and keep Bashar Assad in power.

Given the clear anger, this has sparked, it is odd that no Iranian official has responded to Ghazanfarabadi’s statement. This suggests it is an official decision. The West should note that this is far from the first time that Iran has threatened to use foreign militia against its people, so perhaps it is necessary to fund and/or arm Iranian opposition groups.