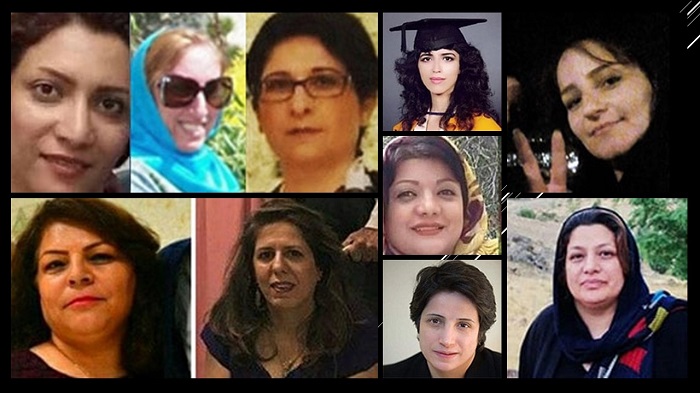 The Iranian regime has always treated political opponents, religious and ethnic minorities, and protesters unfairly. This is in all aspects of life, but in particular with regards to arrests, charges, and sentencings.

Ms. Massoumeh Senobari, a mother of one from the city of Tabriz in the province of East Azerbaijan, who is currently in the Prison of Tabriz is one such example. She was arrested in March last year and after being taken to a detention center her house was raided during which many of her items were damaged or taken.

Ms. Senobari was subjected to a brutal interrogation where she was left with broken bones, blurry vision because of blows to her head, and the inability to walk afterward. She was sentenced to eight years imprisonment in total – five for being a member of the (PMOI / MEK Iran), one for “propaganda against the state” and two for “insulting” the Supreme Leader.

After a bail of 600 million tomans was paid, she was temporarily released in July last year. But she was then arrested again in February this year with no prior notice.

Ms. Fatemeh Davand, a 42-year-old from Boukan in Iranian Kurdistan, was arrested in November last year during the nationwide uprising. She was sentenced to five years and five months imprisonment, plus 30 lashes. She was transferred at the beginning of the month to the Central Prison of Urmia to start serving her sentence.

Ms. Davand, 42 & a mother of three, was arrested during the November 2019 protests and sentenced to five years and five months, and 30 lashes by a so-called court in #Iran.

All for protesting poor living conditions.#IranProtests2020https://t.co/I66FgjScoK

Another woman, Yasamin Hanifeh Tabatabaii, has been sentenced by Tehran’s Revolutionary Court to a year imprisonment and four years forced labor in a convalescence home.

Ms. Tabatabaii has also been ordered to refrain from all political activity for two years. The reason for her arrest is quite simply because she attended Pasargadae at the end of October last year to commemorate the birth of Cyrus the Great – the former King of Persia that wrote the first charter of human rights in the world.

Members of religious minorities, such as Christian concerts Cathrine (Saeedeh) Sajjadpour and Sakineh Behjati, are also targeted by authorities. These two women have been charged with “participating in home churches” and “acting against national security”. They were both sentenced to two years in prison.

And earlier this month, the Shahriar Revolutionary Court sentenced three women of Baha’i faith to one-year sentences each for “propaganda against the state”. They have been identified as  Jamileh Pakru, Elham Salmanzadeh, and Neda Shabani.

Two other Baha’i women – Mitra Bandi Amirabadi and Hiva Yazdan Mehdi – have been held in jail since June without trial.

Shahnaz Sadeghifar, a prisoner in the Central Prison of Urmia, is on a hunger strike because of the unfair sentences of 15 years that she and her daughter received. It has been reported that she has serious health problems as a result of the hunger strike that started in July.

Another hunger striker is human rights lawyer Nasrin Sotoudeh who is calling for the release of political prisoners. She is currently serving a 38-year sentence.

The President-elect of the National Council of Resistance of Iran’s (NCRI), Mrs. Maryam Rajavi is: The mullahs’ regime arrested thousands of people last year for protesting against the regime. They killed a number of protesters in custody and cast it as suicides. Many of the detainees were tortured.

#Iran under mullahs
“It is absolutely shocking that Nasrin Sotoudeh is facing nearly four decades in jail and 148 lashes for her peaceful #humanrights work, including her defense of women protesting against Iran’s degrading #forcedhijab (veiling) laws.” – @amnesty pic.twitter.com/RSM8dYQKuT