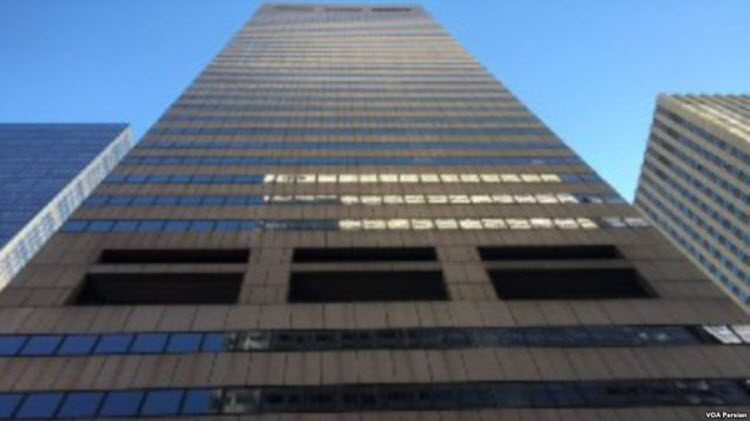 A lawyer for the United States government said earlier this week that Iran has been named as the owner of a skyscraper in the city of New York. The long-time owner has been a secret for a long time and the news was announced after a trial lasting a month.

Michael Lockard, Assistant US Attorney, said that following a trial involving extensive evidence including documentation and witness testimony, the federal court had decided that the Alavi Foundation may have to forego its stake (of sixty per cent) in the building.

The office building in Manhattan is 36 stories high and is located near the Rockefeller Center.

The Assistant US Attorney said that Iran’s secret ownership of the building and the Alavi Foundation’s secrecy surrounding the issue is a violation of sanctions that the United States has imposed on Iran for the past two decades.

However, the Alavi Foundation’s attorney, John Gleeson, criticised the government’s treatment of the case saying that the investigation was biased against his client. He said that it was clear the government has reached a conclusion on the case before all of the evidence had even been examined.

Gleeson said that the government’s approach was to: “Blend everything together, paint everything, everyone, with the same brush.”

The jury will very soon start deliberations about whether Alavi did violate sanctions or not. If they say that sanctions were violated, they must decide how much or how little of its stake in the building it has to surrender.

There was a huge attendance at the trial – many lawyers representing victims of terrorism were there, as well as those representing people who died in the 9/11 terror attacks in 2001.

Proceeds from the sale of the building will be turned over by the government, as well as that from other properties in terrorism-related cases against the government of the Islamic Republic of Iran. There are properties all across the United States that are owned by the Alavi Foundation.

The Alavi Foundation was formed in the seventies by the leader of Iran at that time – Shah Mohammad Reza Pahlavi who was overthrown in 1979.

The foundation’s lawyer said that the charity has spent the past few decades promoting culture and the history of Iran. Activities are carried out via the Islamic Institute of New York and a high school that has 300 students from numerous different countries.