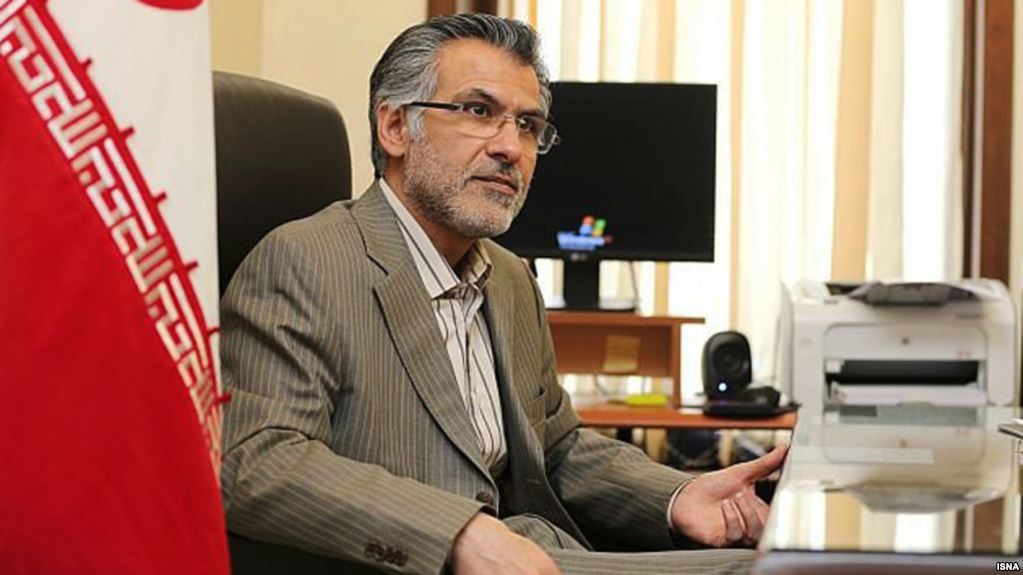 The Iranian ambassador to Kabul recently admitted that Tehran is in contact with the Islamist Taliban insurgents in Afghanistan. According to a May 21st report by the government’s official news agency (IRNA), Mohammad Reza Bahrami stated, “We have already explicitly said we are in touch with the Taliban, but we never established formal relations with the group to avoid legitimizing it.”

He denied that the Taliban’s recent attack on Farah Province near the Iran-Afghan border was made in coordination with Tehran, claiming that Tehran continues its contact with the Taliban only to encourage it to join peace talks with the Afghan government.

“Not only Iran, but all other countries in the region are in contact with the Taliban, urging them to join the peace talks with Kabul,” Bahrami said.

Tehran previously called the Taliban one of the most dangerous threats to its security — it seems that its position against the group has changed in recent years.
Citing an informed source, Radio Free Europe/radio Liberty reported him as saying, “Tehran’s clandestine cooperation with the Taliban, under Mullah Akhtar Mansour’s leadership, has expanded since the so-called Islamic State (IS) emerged as a significant source of threat for the region’s stability in early 2015.”

Regarding the attack on Farah Province, Bahrami said, “Iran and Farah have 300 kilometers (roughly 187 miles) of common border; therefore, any sort of destabilization or insecurity in Farah has an impact on Iran.” He added, “Naturally, any instability in Farah Province will lead to the deployment of foreign troops there, which is not in the interest of Iran.”

In response to claims that the attack on Farah city was related to the “war over water,” he said, “Iran and Afghanistan have no issues that they cannot negotiate,” and noted, “According to the agreements, all the issues in the two countries’ relations in the political, security, social, cultural, and economic fields are negotiable, and there is a will on both sides to discuss problems or disagreements.”

Bahrami stressed that much of the cement and concrete used for Afghanistan’s Salma Dam was provided by Iran, and the contractor for the dam project is Iranian. “If Iran really had opposed construction of the Salma Dam, it would not have allowed the cement to be delivered to Afghanistan,” he said.

Still, after hundreds of Taliban fighters stormed the city of Farah, Afghan Defense Minister Tariq Shah Bahrami maintained that clashes were the outcome of the “war over water” between Iran and Afghanistan. On May 17th he said, “The growing violence and recent war in western Farah Province have links with issues surrounding the management of water resources.” His remarks came during a visit to Farah Province, where he was accompanied by senior security officials, including the commander of the NATO Resolute Support Mission General John Nicholson, according to local news outlets.

The defense minister added, “Following the construction of dams in Afghanistan, including the Salma Dam in Farah, attacks on western parts of the country have significantly increased while regional countries are attempting to destabilize the province and spread insecurity in order to achieve their own goals.”

Deputy speaker of Afghanistan’s Senate, Asef Sadiqi, told Radio Free Europe/Radio Liberty’s Afghan Service, “Tehran is against Kabul’s control over the waters flowing from Afghanistan toward Iran and does its best to disturb it through all possible ways. Therefore, Iran has been involved in creating recent instability and insecurity in several Afghan provinces.”

When Iranian President Hassan Rouhani spoke at the International Conference on Combating Sand and Dust Storms in Tehran last July, said one cannot stand idly by while the environment deteriorates and noted that the construction of several dams in Afghanistan has had negative impacts on Iran. These comments were criticized in Afghanistan. In fact, Afghan Water and Energy Minister Ali Ahmad Osman accused Tehran of “unhealthy management of water resources.”