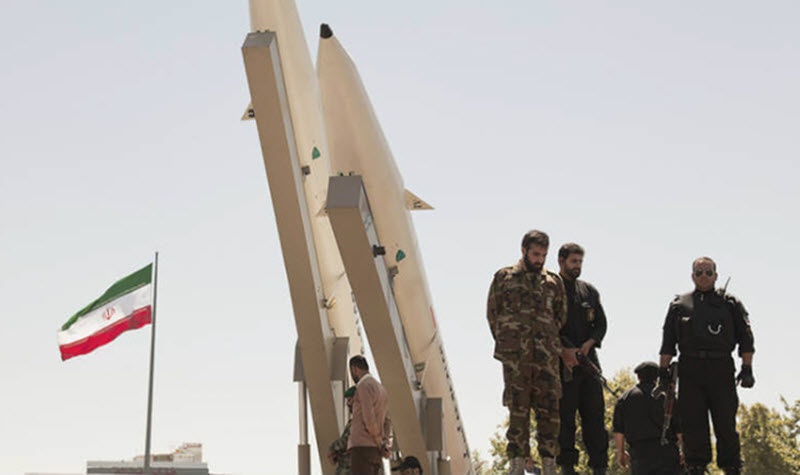 A few weeks ago, on February 12th, former Iranian Foreign Minister Mohammad Javad Zarif discussed the Islamic Republic’s support for anti-Israel militants despite of the economic costs of this policy. Zarif insisted, “We are proud of defending the people of Palestine”, but admitted, “we are all under pressure.”

This statement caused former superstar of the Iranian national football team, Ali Karimi, to ask on Instagram, “Which ‘we’ are under pressure Doctor Zarif? Strictly speaking, ‘you’, or ‘us’?”

Voria Ghafouri, another Iranian football star, also addressed the foreign minister on Instagram, “You are not under pressure. As a matter of fact, it is the ordinary people who are under pressure.”

Iran’s Supreme Leader, Ali Khamenei, issued a harsh response, “Some people, who benefit from the country’s peace and security enjoying their jobs and their favorite sports and bite the hand that feeds them, should know that security is obtained by the current policies of the Islamic Republic.”

Just a few hours later, Iranian media reported that the Ministry of Sports’ Security Department summoned Voria Ghafouri to explain his Instagram post. Still, Ghafouri maintained his position, saying that the purpose of his post had been to “reflect people’s pain.” He added, “I am ashamed of seeing people queuing to buy meat and chicken.”

While there is no reliable survey regarding the Iranian people’s view of the Islamic Republic’s involvement in other countries’ affairs, it’s clear that their views have changed. They have been affected by the economic sanctions, so they are more sensitive to the costs of Iran’s regional policies. Social networks have seen an increase in critical views about Iran’s financial support for Lebanese and Palestinian militants, as well as Iran’s involvement in Syria’s civil war.

Public support for the Revolutionary Guards’ extraterritorial operations increased with the victories of ISIS in Iraq and its advances toward Iranian borders began in 2014. Because of this, the Iranian regime convinced people that “if today we do not crush our enemies in Syria and Iraq, we will have to confront them tomorrow inside the country.” Simultaneously, the prospect of the Iran nuclear deal, along with the removal of international sanctions, decreased concerns over the economic costs of Iran’s regional projects.

Iran’s military victories in Iraq and then Syria led to even more public support for the Revolutionary Guards’ military presence abroad, so it was unsurprising that Ghasem Soleimani, the commander of the Quds Force, the extraterritorial branch of the Islamic Revolution Guards Corps, became one of Iran’s most popular personalities. At the start of 2018, according to Toronto-based polling organization IranPoll.com, Soleimani was possibly more popular than any other official in the Islamic Republic of Iran.

But in spite of the support for Iran’s presence in Syria and Iraq, it is not unconditional for many Iranians. After the defeat of ISIS in Iraq and its successive defeats in Syria, many question Iran’s continued presence in the Middle East, especially in Syria near Israeli borders. An increasing number of Iranians are concerned with costs that would be brought to bear over a conflict with Israel.

Iran’s support for militant groups like Hezbollah has sparked debate on social media for a long time. Critics seem to be against it out of economic, rather than political, considerations, and disagree with the huge expense of supporting these groups. As well, in street protests since January 2018, people criticize Tehran’s financial support for Lebanese and Palestinian groups, when these funds are needed for Iran’s own economic problems.

It is clear that the Iranian regime will not step back from its regional policies. Instead it is cracking down on critical views its support for militant proxies in the Middle East.