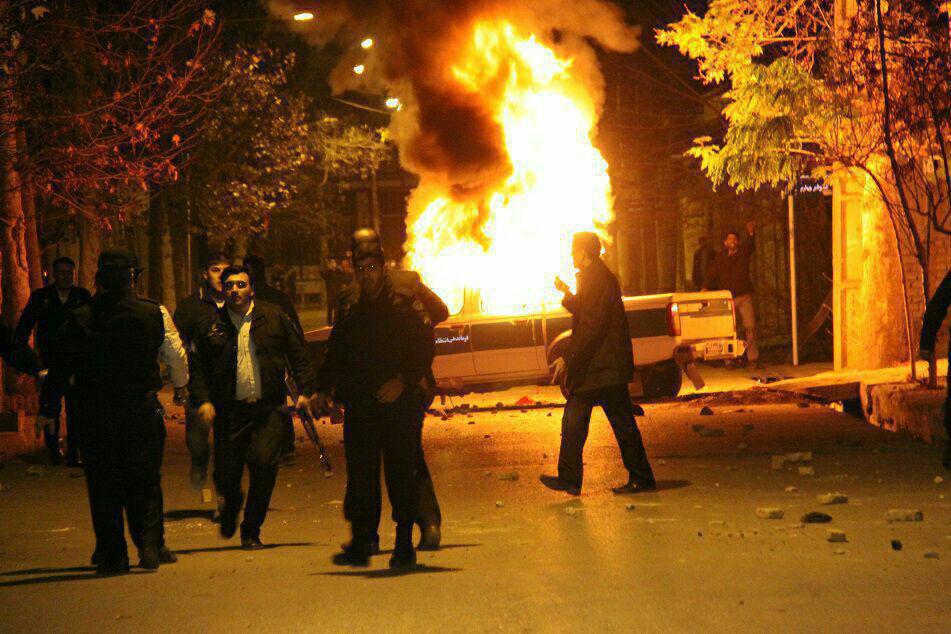 All revolutions- including the 1979 Iranian Revolution- are eventually removed by a counter-revolution, according to journalist Ghassan Charbel.

He wrote: “The Iranian revolution acts as if it is not similar to other revolts. It is delusional in believing that it does not adhere to the laws of revolutions. It wrongfully believes that it can erase the signs of its old age and the disappointment of those whom it promised paradise.”

So, is this counter-revolution happening now?

Tens of thousands of demonstrators have taken to the streets in the past week to protest widespread corruption and call for the resignation of the unelected Supreme Leader Ali Khamenei.

The Iranian people are tired of a failing economy, rising unemployment, discrimination against women and minorities, regional strife caused by the Regime, and so much more. That’s why they took to the streets in such numbers.

It has gotten to the point where the Iranian Regime has been forced to look at its domestic problems for the first time in a long while, although undoubtedly the Iranian Regime will not seek to fix these problems. Instead, they will seek to silence their critics (as is their chosen way of governance) through imprisonment or execution.

The Regime constantly focuses on its regional destabilisation (Syria, Iraq, Yemen) and terrorist proxies (Hezbollah, Hamas, the Houthis) in order to distract the international community from their deep problems in Iran.

After all, if the international community recognised that the Iranian people wanted regime change, they may well support it.

The people are chanting slogans about removing the mullahs, ending the violence in the Middle East, and ending the oppression of the Iranian people; what democratic government would oppose that? None. And more importantly, how could the Regime defend their behaviour? They can’t.

That is why these protests scare the Regime; not because it represents internal strife but because it may spell their downfall.

Charbel, Editor-in-Chief of London-based Al Sharq al-Awsat newspaper, wrote: “It is too soon to tell how far the current protests will go. There is no doubt that the regime will not hesitate in using the same force it used in suppressing the 2009 Green Revolution if it saw a threat to its existence. It also certain that the protests are very clear popular messages that foreign ‘adventures’ cannot cover up internal disappointments and ‘the steel of rockets does not satiate us’.”