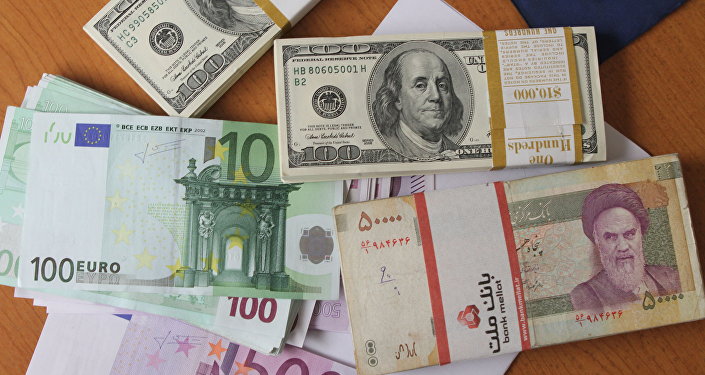 by Navid  Felker
According to Iran’s leadership, the United States it to blame for its current crises regarding their hold on power and the expansion of their influence in the region. However, recent developments within the country show that the underlying currency and economic situation is real threat to the regime.

Dr. Majid Rafizadeh, Harvard-educated Iranian-American political scientist, and leading expert on Iran and US foreign policy, wrote in an article for Arab News, “Imagine the value of your money decreasing by almost half in the matter of a few days, and it continuing to plummet while the economy in the rest of the world is booming. That is exactly what is occurring across Iran.”

Dropping to historic lows, the rial, Iran’s national currency, which equaled 35,000 rials per one US dollar in November of last year, now sells for nearly 62,000 per dollar. Iranian officials recently announced a switch from dollars to euros for foreign trades and transactions.

“In such a situation, Iranian people have panicked and many have rushed to banks to withdraw their money in order to convert it to a more stable currency, specifically the dollar. Such a sharp devaluation of the currency makes the financial situation of ordinary people much more severe and strenuous,” Dr. Rafizadeh writes.

Only a few months ago, the Iranian people took to the streets in protest of high prices and the dire economic situation that they face. According to Dr. Rafizadeh, “If the underlying problem continues, this could lead to another nationwide protest. The difference is that, this time, the regime may not be capable of crushing and subduing the demonstrations.”

While Iranian officials use the tactic of blaming other countries, specifically the US, for the crisis, while some call it a foreign “conspiracy.” Supreme Leader Ali Khamenei pointed out that “foreign enemies” are behind the “recent issues in the currency market.” He urged Iran’s ministry of intelligence to “foil the plot.”

Dr. Rafizadeh believes that Iranian leaders ought to point fingers at themselves for the crisis. He says, “A few months ago, an investor asked me if investing in Iran’s currency was a good move as Tehran was reentering the global market. I replied negatively due to the following reasons, which will also likely continue to contribute to the devaluation of Iran’s currency.” Dr. Rafizadeh’s reasons are:

1.Financial corruption at the top and across the political spectrum, among both moderates and hardliners. Iran’s President Hassan Rouhani famously promised that he would root out “corruption in the country’s administrative and economic system.” But misuse of public funds continues on a large scale and the currency has been devaluated much more since Rouhani took office in 2013.
2.Iran’s revenues are being spent on keeping Bashar Assad in power, or supporting militia and terrorist groups across the region, rather than strengthening Iran’s economy and redistributing wealth.
3.The regime has developed a flawed system where banks are paying one of the highest interest rates in the world — as much as 20 percent on savings accounts. To compare, the average interest rate for US banks is 0.06 percent.

Dr.Rafizadeh cites the regime’s financial corruption, misuse of public funds, and the widespread banking crisis as the major reasons behind the present currency and economic crises.

The problems are in Tehran’s economic infrastructure. For the last 39 years — since the establishment of the Islamic Republic — the rial has plummeted from nearly 70 rials a dollar in 1979 to approximately 62,000 in 2018. As long as this regime is in power, the negative trend will likely continue, according to Dr. Rafizadeh.