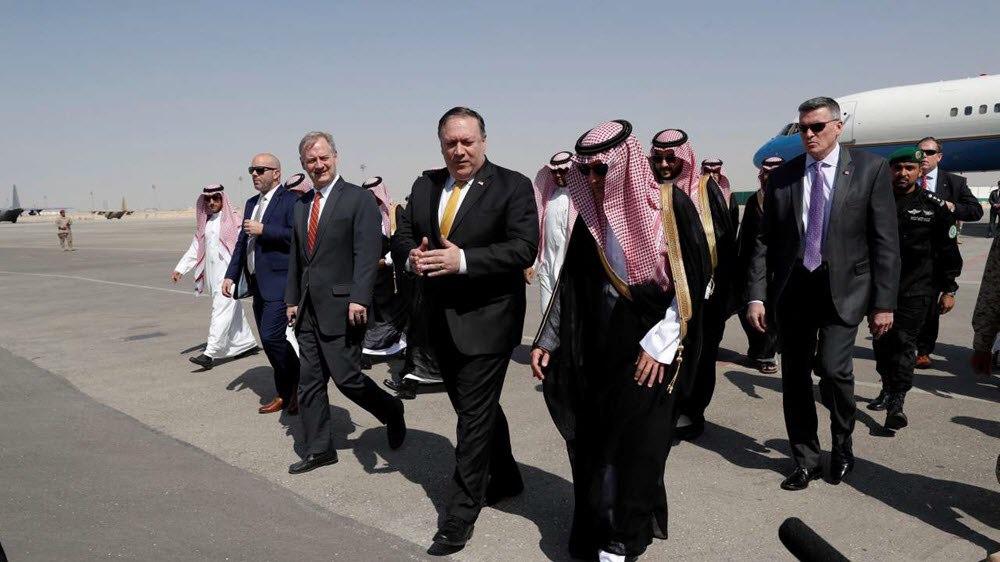 Last week in Cairo, Secretary of State Mike Pompeo announced that diplomacy will still be hard at work to remove every last Iranian boot from Syrian soil, even as US troops begin their retreat from Syria.

The void that will be left behind may put America’s friends at risk, while helping Iran — especially as Tehran’s military generals boast of their country’s access to the Mediterranean through allies in Iraq, Syria, and Lebanon, as well as access to the Red Sea maritime routes via the Houthi rebels in Yemen.

In view of the fact that Iranians remain in post-Saddam Hussein era Iraq, and Tehran now has influence over the prime minister, Washington’s promises seem inadequate. Tehran, through the Quds Force and its commander Qassem Soleimani, seems to have positioned itself as the gatekeeper of Iraq since 2003.

In comments made in other Arab and Gulf states, Pompeo vowed that the US and its allies would work to forge a common stand against Iran. He also announced that a summit that will be held in Poland in mid-February. Its objective is to curb Tehran’s influence in the region.

Meanwhile, in Iran, protests against government economic failures have been escalating. The slide of the Iranian rial has been stabilized, but the attitude in the country is increasingly hostile to the Islamic Republic’s foreign meddling. Funds diverted from the people, who are experiencing high unemployment and economic crisis, and instead used to empower militias are seen by most Iranians as counterproductive to peace, security, and most importantly, the economic wellbeing of their country.

Concerns have been rising among Arab allies, that US policies in the region have become erratic and unstable. Pompeo encouraged countries in the Middle East to end “old rivalries for the sake of the greater good of the region.” In the meantime, however, the long-promised Trump plan for a peace deal between the Israelis and Palestinians has failed to materialize, and despite Arab and Western concerns, Washington moved its Israeli Embassy to Jerusalem.

During the past 40 years of its existance, the Iranian regime has shown defiance in the face of sanctions. The US hostage crisis, the Iran-Iraq War, the War on Terror, the US occupation of Iraq, and the war on Daesh, all allowed Iran to advance its interests and those of its allies at the expense of US allies, like Israel.

Outgoing Israel Defense Forces Chief of Staff Gadi Eisenkot, said that the containment of Iran in Lebanon and Syria didn’t halt Tehran’s ambitions despite several wars and covert operations. This gives rise to the question of how the new US strategy Pompeo speaks of will stop Tehran from continuing to meddle in Syria, Iraq, Afghanistan, Yemen, and Lebanon?