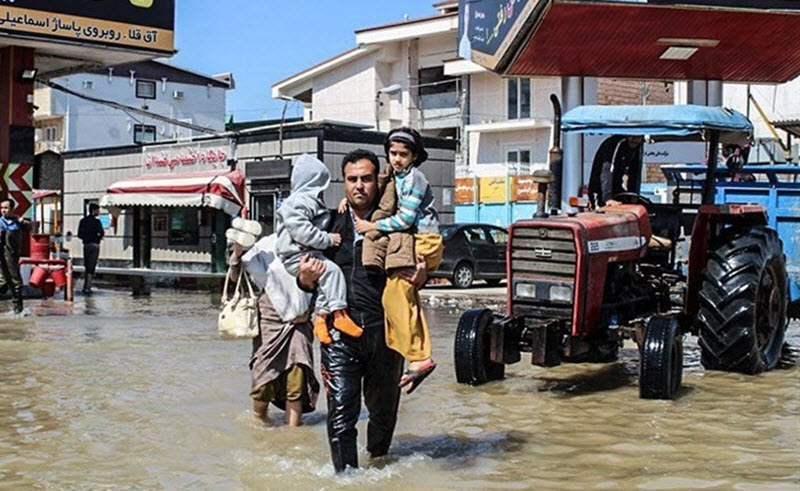 You can tell a lot about the competency of a government from the way it handles domestic crises, so the flash floods that have recently besieged Iran provide an opportunity to examine the competency of the Iranian Regime.

Since March 19, at least 26 of Iran’s 31 provinces, including roughly 1,900 cities and villages, have been hit with major flooding. The official death toll is 62, according to the head of the Iranian Legal Medicine Organization, who believes fatalities will keep rising, but locals are reporting upwards of 200 deaths. While about a third of Iran’s roads have been submerged in water, blocked by mudslides, or otherwise damaged in the floods, admitted Behnam Saeedi, a representative for the National Disaster Management Organization.

The Regime has not handled this well by any metric. They were not prepared for the floods because they failed to heed the advice of experts and consistently diverted money from disaster relief into the suppressive forces.

Dr Majid Rafizadeh, an Iranian-American political scientist, wrote:” In addition to the regime’s emphasis on overspending on its military and hard power rather than relief programs, the floods can also be attributed to the government’s mismanagement of urban planning, its efforts to make profits by pursuing housing projects near rivers, and the widespread deforestation and exploitation of forests and mines for the benefit of the IRGC, its companies and high-level officials.”

Thus, while many flood-stricken areas are without food, power, or medicine, and the Red Crescent’s provincial director Sarem Rezaee says that emergency requests for help are not being heeded, the Islamic Revolutionary Guard Corps (IRGC) has cracked down on the people’s rightful protest; killing one and injuring several so far. Why? The IRGC and the Regime fear these protests could lead to regime change by and for the people of Iran.

President Hassan Rouhani, Brig. Gen. Gholamreza Jalali, the head of the Passive Defense Organization, and Foreign Minister Mohammed Javad Zarif, and many other members of the Regime have meanwhile blamed the US sanctions for stopping the relief efforts, even though aid budgets were being slashed in favour of the suppressive forces for decades.

Rafizadeh wrote: “In conclusion, Iran’s flood disaster shows the regime’s mishandling of the crisis, its lack of preparedness, incompetence in governing the country, and obsession with allocating much of the nation’s budget to its military rather than relief and emergency programs, which would provide assistance to its citizens.”