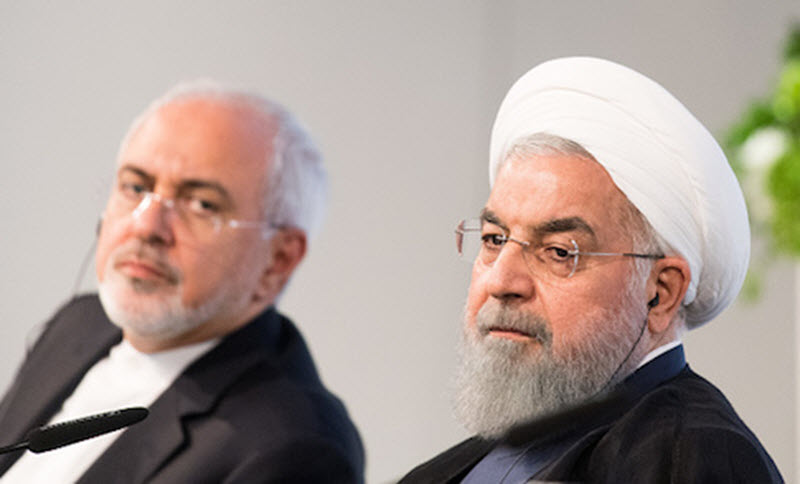 In an effort to stop Iran from using backdoor financial methods as a means to skirt U.S. economic sanctions in its business dealings with leading European nations, the Trump administration is considering new sanctions.

These sanctions would directly target the alternate financial body set up by Tehran to ensure it can continue engaging in lucrative trade deals with Europe in the face of heavy U.S. sanctions. Iran’s Special Trade and Finance Institute (STFI) was meant to replace the Instrument in Support of Trade Exchanges (ISTEX), which France, Germany, and the United Kingdom created in January to facilitate trade with Iran.

The Trump administration views the STFI as a front for the Central Bank of Iran, and is already said to be examining sanctioning the entity for its role in Iran’s nuclear program and the funding of regional terror operations, said multiple sources familiar with the matter.

Administration allies in Congress are working toward a similar goal, with Sen. Ted Cruz (R., Texas) having already filed a new measure that would, in addition to any potential White House action, formally sanction the STFI vehicle and make it impossible for Europe to continue engaging in business with Iran, congressional sources confirmed.

According to U.S. officials, “The Iranians are running a nuclear racket: Iran threatens to expand its nuclear program unless Europe pays it not to,” according to one U.S. official, who would only speak about the new sanctions on background. “INSTEX is supposed to be how Europe pays the racket, but who’s going to get involved in a scheme like that and likely face U.S. sanctions?”

A senior Republican congressional aide said that Europe will find itself subject to biting sanctions if it goes along with Iran’s demands to use the STFI for banned transactions. “The Europeans should get back on side and stop trying to undermine American pressure on Iran, which is a state sponsor of terrorism that in the last few years has violated every international norm, from attacking embassies to blowing up ships in international waters,” said the official.

“Set up by Germany, France, and the UK, INSTEX would avoid U.S. sanctions by enabling trade without using the U.S. dollar or going through U.S. banks,” the Foundation For Defense of Democracies, a think-tank closely aligned with the Trump administration, wrote in a recent policy alert. “The seven banks that hold shares in the STFI have deep ties to regime-controlled entities, in addition to being on the [terror designations] list,” according to FDD.

The United States will uphold its sanctions on Iran, particular if any banned transactions are conducted through INSTEX, the STFI, or any other body, according to Secretary of State Mike Pompeo. “There are items that are sanctioned and there are items that are not,” Pompeo said in late May. “Those items that are subject to sanctions, we will do our best to enforce the American sanctions regime that is put in—has been put in place. But for those that aren’t—for humanitarian goods, things that are permitted to move, whether they move through INSTEX or through another mechanism—those are lawful and appropriate and are permitted to continue under the sanctions laws that we’ve put in place. And so when we think about INSTEX, if it is aimed at facilitating the movement of goods that are authorized to move, it’s unproblematic.”

Iranian leaders have already lashed out on Monday, and have issued a series of threats to restart its most contested nuclear work, including enriching uranium—the key component in a nuclear weapon—to levels prohibited under international regulations.

Iranian President Hassan Rouhani warned the European nations who are still party to the nuclear deal that time is running out as Tehran demands continued cash windfalls and business perks for its ailing economy. “The current conditions are sensitive and France, along with other members of the nuclear deal, still have the opportunity to play their historical role, in the very short time left (before the deadline arrives), to keep the nuclear deal because undoubtedly, annihilation of the nuclear deal will not benefit Iran, France, the region and the world,” Rouhani was quoted as saying a press conference with his French counterpart on Monday.