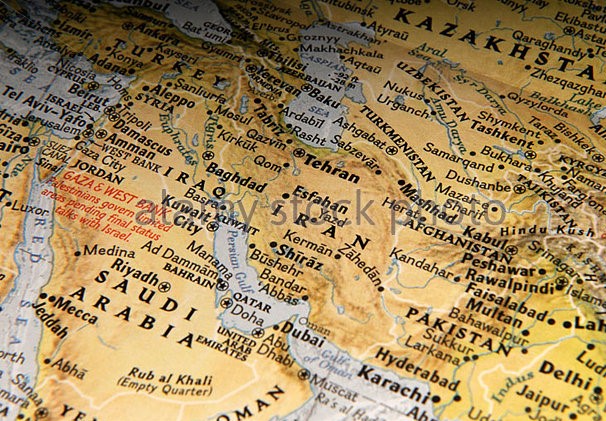 While Iranian media reports that the recent protests were sparked by an increase in prices, higher egg prices are inconvenient, but they do not make hundreds of thousands of people take to the streets.

Former President Mahmoud Ahmedinejad provided financial aid to families who struggle to provide food for their children. President Hassan Rouhani hinted that he will decrease these benefits, which is one reason that the protests erupted.

Another major economic challenge will be how to deal with the severe drought which began in the late 1990’s.

On January 2nd, Radio Farda published a video that shows protestors burning a police station in Qahderijan which is 24 kilometers away from Isfahan. Qahderijan’s villagers are angry as the river of Zayanderud which irrigates Isfahan dries up before it reaches their village. They say it is due to Iran’s mismanagement of dwindling water resources.

According to sources, agriculture in Iran consumes 92% of water. Lack of maintaining water sources forced many farmers to move to the cities, increasing the widespread unemployment, already at 30%.

The entire Gulf region is expected to experience higher temperatures by 2070, according to a study published in 2015 by MIT. Last summer, Iran recorded one of the highest temperatures on earth, 53.72 degrees Celsius.

While the Iranian people worry about these issues, Iranian military expenditure estimates in Syria range between $6 billion to $15 and $20 billion a year. This is reported to include $4 billion of direct expenses in addition to supporting Hezbollah in Lebanon and other armed groups which Iran established. It appears that Iranian regime is willing to sacrifice what the economy desperately needs in favor of its ambitions in Syria.

Iran suffers from several crises. Pension funds face bankruptcy in the short term, and the government’s annual arrears to the social security, which suffers from lack of funds. This will affect pension payments resulting in a crisis that will be much worse than any other crisis.

Unemployment among Iranian youth is around 20%. This is in addition to the unemployment of some 4.7 million students. Iran has plenty of higher engineering schools, but the majority of graduates plan to immigrate. According to Tehran’s chamber of commerce, there are 3.5 million Iranians preparing to leave the country.

The current Iranian regime or any future regime will have to resolve these intertwining crises. Iran cannot continue pursuing foreign military adventures or a ballistic missiles’ program.