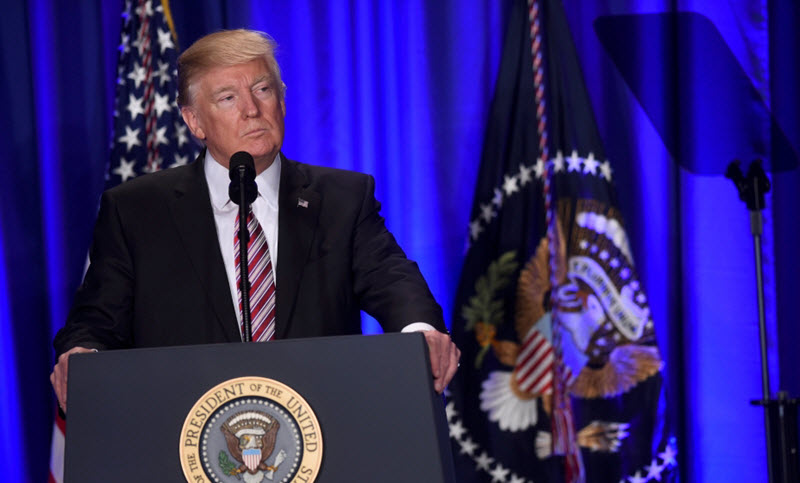 US President Trump is making demands of the Iranian regime that it is unable to achieve. Hardliners see Iran’s nuclear program as an “insurance policy” against US surprises.

Trump also wants the revolution retired in a country that maintains its army and “guards” within its borders, destabilizing other countries and encircling them with rockets. Trump demands that Iran complies with the conditions of a natural state, and not use oil revenues and militias to restructure the territory.

Igniting the revolution is intrinsic to this system. For Iran to stop “exporting the revolution” would undermine the entire project and put the system to the test, and its economy is not encouraging at all. Tehran is deeply involved in the region’s conflicts and for decades has been running a large-scale coup against their previous balances and traditional roles.

The political, diplomatic and economic confrontation will hopefully not spiral into a broad and direct military battle. The outcome of the confrontation will determine Iran’s location on the regional map, and the size of its role.

The most recent US sanctions target the oil and banking sectors. Analysts agree that they will damage the Iranian economy, whether or not Iran can circumvent the sanctions.

President Trump has said that the “objective is to force the regime into a clear choice… Either abandon its destructive behavior or continue down the path toward economic disaster.” He called on the regime to abandon its nuclear ambitions, change its behavior, respect the rights of its people and return in good faith to the negotiating table.

The goal is to change Iran’s behavior, and the door is open to return to the negotiating table. However, IRGC leaders and others are opposed to this. In fact, Supreme Leader Ali Khamenei declared that Trump “disgraced the rest of the US prestige and liberal democracy.”

Trump called the nuclear deal with Iran a “disaster”, in his campaign for the presidency, so it was no surprise that he abandoned the agreement. Still, other signatories protested his move and are attempting to keep it in force.

The depreciation of the riyal and rising inflation and unemployment reveal how shaky Iran’s economy is, as do the protests that continue to plague the country. The regime appears to be at its most vulnerable, and ready to be overthrown in its entirety.