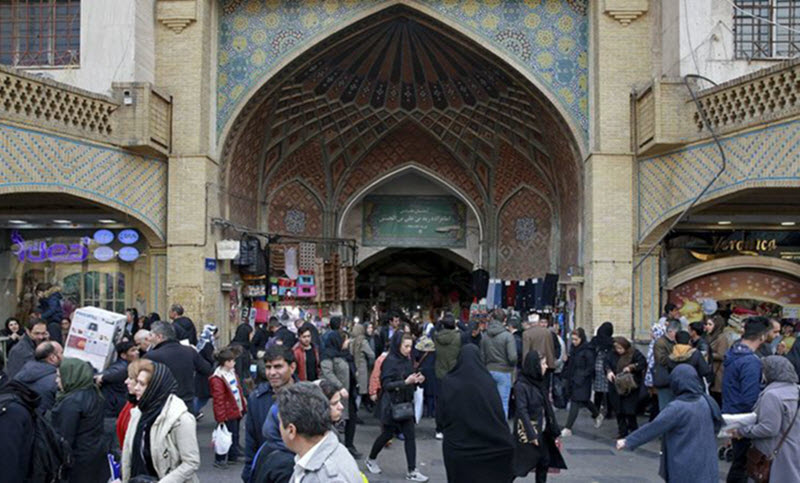 The World Bank, in its latest outlook at the global economy has for the third consecutive time revised downward its expectations for growth downward for the Iranian economy.

The World Bank’s forecast in its Global Economic Prospects puts Iran at the bottom of its economic growth (Gross Domestic Product) country rankings for 2019, only ahead of Nicaragua.

In mid-2018, WB had forecast a 4.1 percent growth for Iran in 2019, but only months later in January it revised the figure to a 3.6 percent negative growth and now it has reduced the number to minus 4.5 percent.

The reason cited for Iran’s negative growth are the U.S. sanctions, especially the ban on Iran’s oil exports, which chops off the country’s revenues and the ability of its government to finance projects and pay for subsidies.

The World Bank says that Nicaragua’s growth will be 5 percent negative and the second worst case is Iran. However, the WB forecast is more optimistic than the International Monetary Fund’s forecast. The IMF has estimated that Iran will face 6 percent negative growth in 2019.

The U.S. withdrew from the landmark 2015 nuclear agreement with Iran and reimposed sanctions on Iran in 2018. Currently, no significant oil is being shipped from Iran.

The WB has also revised upwards its estimate of Iran’s inflation, saying that in April it reached 52 percent. Although this figure may be a conservative estimate, it is on the border of hyperinflation.

The World Bank projects slight positive economic growth for Iran in 2020 and 202, depending on Iran being able to export at least some oil and other products. It is not clear when U.S. sanctions might end.

Tensions between Tehran and Washington continue, and Iran says it will not open talks unless the U.S. ends its sanctions. The Trump administration probably calculates that if sanctions are suspended, Iran will have less incentive to make concessions. What the Trump administration wants is a new agreement that lessens Iran’s chances of acquiring nuclear weapons and a major change in Iran’s foreign policy. Tehran might be willing to wait until the 2020 U.S. elections, hoping to see a new president in the White House.

In the meantime, the cost of basic needs for ordinary people have doubled or tripled in the past one year, with more unemployment and unpaid wages creating dangerous social conditions for Iran’s rulers.