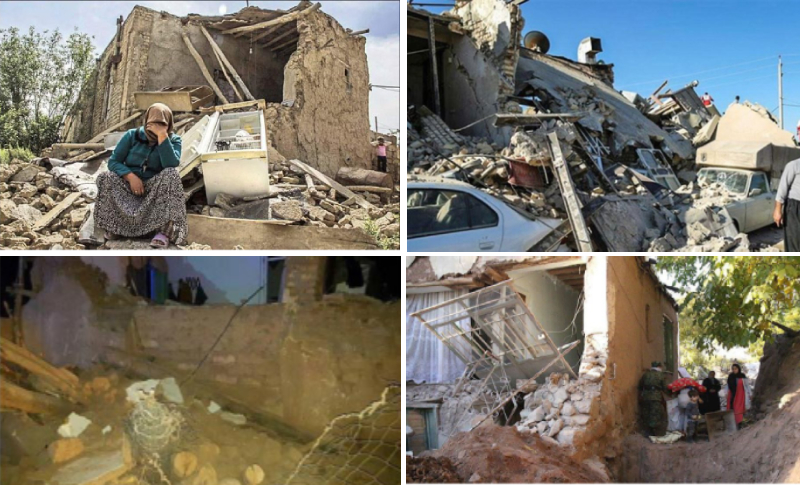 On the morning of Friday 8th November, a magnitude 5.9 earthquake struck the north-western provinces of Iran. The latest reports indicate that there are eight dead and tens of thousands of injured people.

Among those affected are many children who have been suffering in the very cold conditions of this harsh winter.

During a crisis management session, Youssef Davoudi, a representative of the city of Sarab, told the country’s parliament that there are many children suffering from frostbite. He also said that many of the people are suffering from illness and that there is a desperate need for more doctors and health professionals. Davoudi said that “at least seven to eight teams of general practitioners are needed to look after them”.

The city representative also said that in the tough winter conditions, many of the people do not have access to safe heaters or even electricity which will cause further issues for the people that have been displaced to tents following the destruction of their homes. Davoudi said that two people have already died from carbon monoxide poisoning after burning wood or coal.

It was also established that there is a dire need for food in the city.

Unfortunately, the Iranian regime does not have a very good track record when it comes to the natural and environmental disasters in the country. In 2017, a major magnitude 7 earthquake injured more than 9,000 people and killed more than 600. The regime’s response to this disaster was wholly inadequate, to the extent that many of the people that lost their homes are still living in makeshift structures.

The regime has always prioritized warmongering and its malign policies. A country with such significant natural resources should not be in a situation where the government is unable to provide the necessary aid when such devastation hits.

In the earthquake last week, more than 121,000 people are struggling in the harsh winter conditions after losing their homes. These people, many of them very poor, are likely to be in the same situation for the foreseeable future.

Iran is one of the most-affected countries in the world when it comes to seismic activity. This is nothing new, but the regime has failed to take measures to prevent extreme devastation. Other countries around the world that are often affected by earthquakes have secured sensitive buildings and put measures in place to minimize damage and destruction. Unsurprisingly, the corrupt Iranian regime has failed to take such measures.

In 1990, a 7.3 magnitude earthquake destroyed several cities and hundreds of towns and villages and killed approximately 37,000 people. Thirteen years later, some 31,000 people were left dead when a strong earthquake hit the south-eastern part of the country.

The people of Iran know what further such tragedies will occur, and they are very aware that the mullahs are unwilling to help the people at a time of such vulnerability.