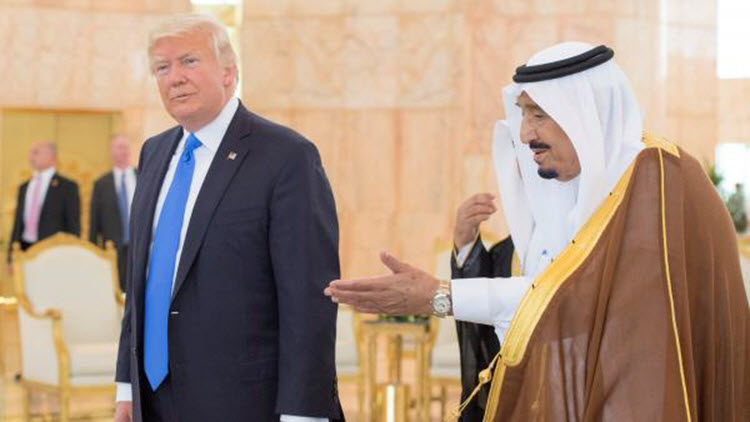 King Salman and President Donald Trump chaired the significant summits in Riyadh.The result makes it impossible to believe there are tensions between the two countries.

Grateful for Saudi Arabia’s welcome, the US president voiced appreciation for the kingdom’s rich culture. Some 55 leaders from Muslim-majority countries attended the US-Islamic summit, and discussed terrorism and the ways it might infiltrate their countries.

In his May 23rd article for Al Arabiya, Turki Aldakhil, General Manager of Al Arabiya News Channel, writes that, “King Salman firmly led the summit and was strengthened by the kingdom’s history that dates back for more than 300 years and which is marked with tolerance and co-existence.”

Saudi Arabia has tried to politically contain the repercussions of the Khomeini revolution, as much as possible. However, Saudi Deputy Crown Prince Mohamed bin Salman said it was “illogical to hold dialogue with Iran again as it is impossible to do so with a regime whose aims are not civil but ideological.”

At the Arab Islamic American Summit, Trump’s and King Salman’s statements and stances were clear. King Salman said, “The region did not know terrorism and extremism until the Khomeini revolution. The Iranian regime, Hezbollah, the Houthis, ISIS and al-Qaeda are sides of the same coin. Our countries made initiatives out of good intentions but Iran replaced them with expansionist ambitions and criminal practices and interfered in the internal affairs of other countries. The Iranian regime is working on spreading sectarianism in cooperation with groups that support it. The Saudi kingdom will not blame the Iranian people for the crimes of their regime.”

“The summit has come as a shock to the ‘axis of the resistance’,” writes Turki Aldakhil. “Some did not even acknowledge any of its positive results and instead criticized marginal details. The joint strategic vision at the end of the summit was historic and proof of the fact that criticism was meant to target the essence of agreements and statements,” he says.

Trump condemned the practices of Hezbollah, the Houthis and terrorist organizations during the summit. His visit ended with several positive outcomes like the resumption of economic development with Saudi Arabia, the goal of ending terrorism as seen in the inauguration of the Global Center for Combating Extremist Ideology, and confirmation of Hezbollah’s terrorist role.

Global summits have resulted in preventing the malpractices of Iran, who is seen as the largest sponsor of terrorism. The summit may also help curb ISIS and al-Qaeda.