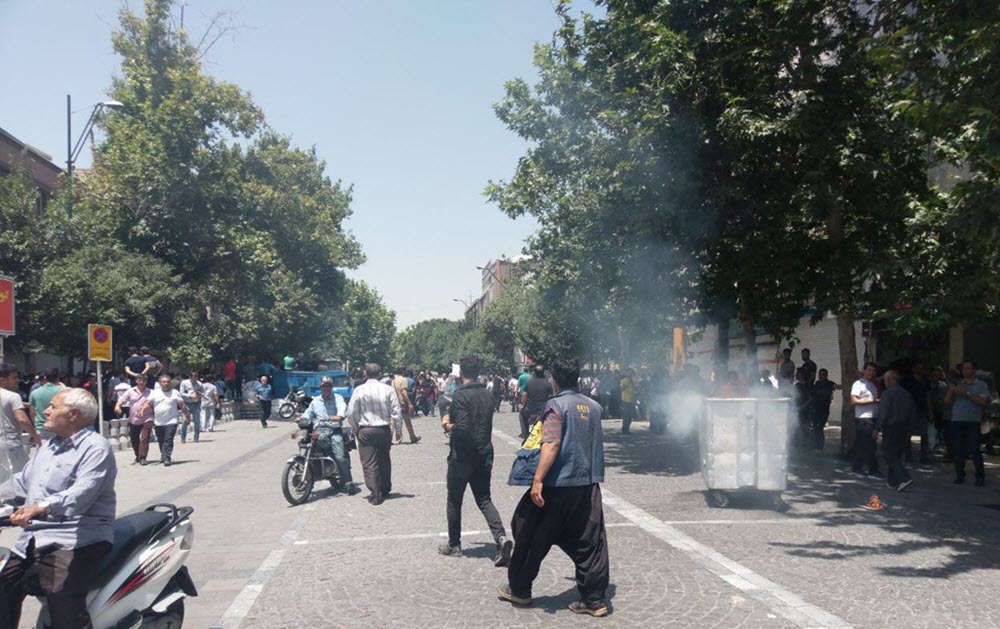 The striking merchants of Tehran’s Bazaar continued their demonstrations on June 26 2018, for the third consecutive day.

The merchants and a crowd of people in the grand Bazaar of Tehran and Sabzeh Meydaan (Vegi Square) staged protest gatherings against the rising currency prices and chanted slogans against the regime’s policies. They were chanting: “Strike will continue” and “Dollar’s rate of ten thousand Toman, we don’t want, we don’t want”.

The protesters, in their rally path, called on those shopkeepers who had not yet shut their shops to join the whole Bazaar’s strike while chanting “close down, close down” and “join the strike”.

The Iranian regime’s security forces have attacked people’s demonstrations in the Sabzeh Meydaan area and tried to disperse them, but faced with people’s resistance and stand up against the repressive forces.

The protests started in Tehran’s Bazaar on Sunday June 24 over currency rate crisis and erupted the following day once again and spread to various cities across Iran as the dollar rate skyrocketed to over 9,000 Toman per dollar and also due to recession and people’s severe financial problems.

She reiterated: “The currency crisis, the recession, and the high prices of goods are the outcome of the Iranian regime’s policies. The regime’s corrupt leaders have wasted the people’s assets either by looting their assets or by spending the assets on domestic repression, nuclear projects, export of terrorism and fundamentalism and warfare in the region.”