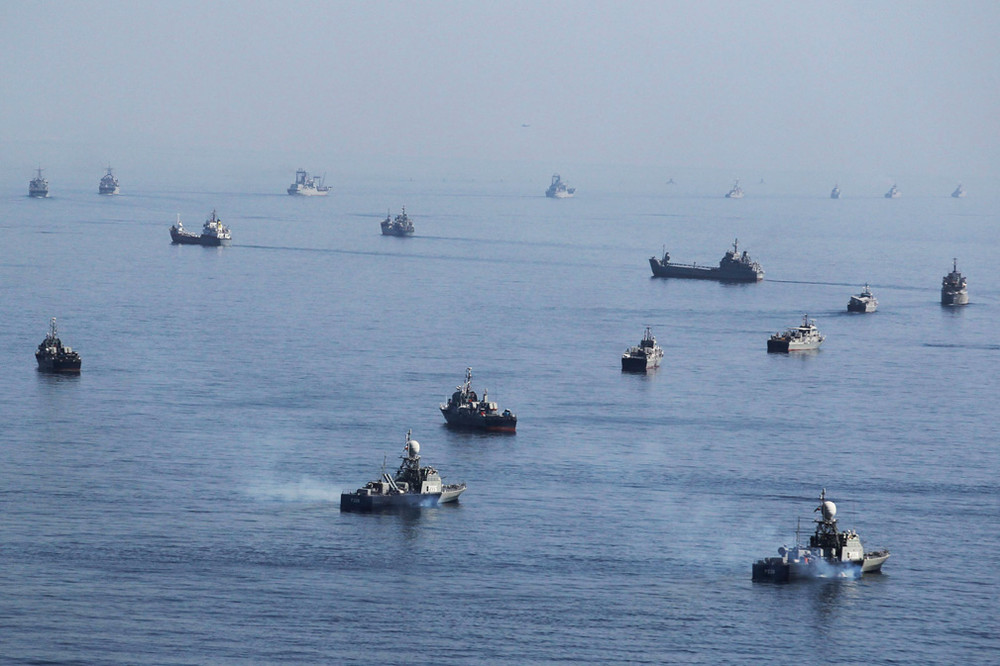 by Staff writer, SF
The commander of the Iranian Revolutionary Guards (IRGC) said last week that Iran would block all exports through the Strait of Hormuz in the Gulf if countries agreed to stop buying Iranian oil from November to avoid US sanctions.
This could cause serious problems if Iran follows through on this threat, because almost a fifth of global oil consumption passes through there.

But the US Navy has promised to maintain the safety of commercial ships, with officials stating that closing the strait would amount to crossing a “red line” and pledging to take action against Iran if that happens.
Navy Capt. Bill Urban, U.S. Central Command representative said: “We have the forces we need to maintain the free flow of commerce and the freedom of navigation.”
The US noted that it would use minesweepers, warship escorts and potentially airstrikes to protect cargo in the strait, but others warn that reopening the strait could be a lengthy process as the IRGC’s naval doctrine is designed for tight operational spaces, like the Persian Gulf and Strait of Hormuz, even if it could not compete with the US elsewhere.
Michael Connell, head of the Iran program with US non-profit research body CNA, said mines planted by the IRGC were the most concerning scenario.
Iran has previously threatened to close the strait on a number of occasions, although it has never followed through on the threat. However, Iran has behaved threateningly in the Gulf in the past. Here are just a few of these confrontations.
•2016-17: There was an average of 2.5 “unsafe” or “unprofessional” interactions per month between US and Iranian naval forces in the Gulf.
•2016: IRGC held and interrogated US sailors overnight after they entered Iranian territorial waters
•2015: Iran fired shots at a Singapore-flagged tanker and held its crew for over a week for allegedly damaging an Iranian oil platform. Also, Iran destroyed a replica US aircraft carrier with missiles and explosive-laden speed-boats as part of a “drill”.
•2014: Iran tested its cruise and ballistic missiles and drones, mines, speedboats, and missile launchers in the waters to confront the US
•2007: Iran held British sailors
So, should we be worried?
Well, as noted above Iran has long threated to close off the strait, but never has. Some feel that this is nothing more than a negotiating tactic, in order to scare countries into continuing to buy Iranian oil.
Even an Iranian government official, who declined to be named, said: “The Strait issue gives Iran an upper hand in the talks. Everyone should know that Iran cannot be pressured. Iran has never closed the waterway … even under the worst conditions and mounted pressure on the country.”