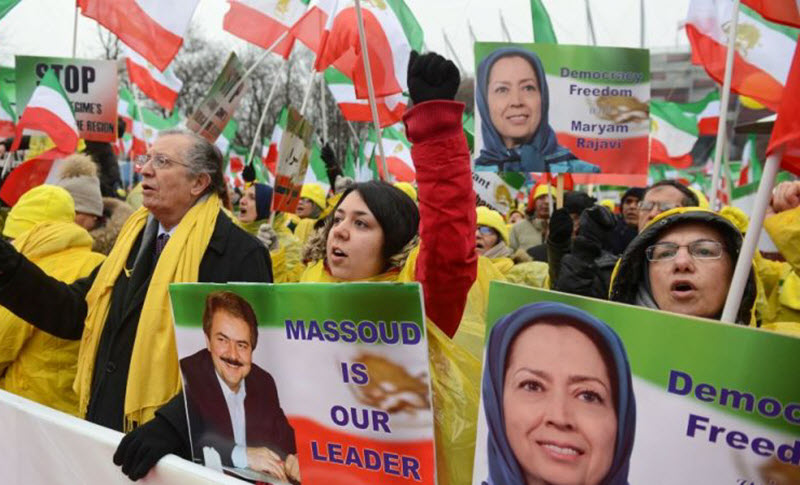 During his recent trip to the United Kingdom, U.S. President Trump spoke about the Iran threat. He said that he would like to be able to hold talks with Iran, but warned that the military option is still on the table.

At the beginning of May, the Trump administration deployed an aircraft carrier strike group to the Middle East. It also ordered the deployment of more troops as well as Patriot missiles and bombers. The administration said that it took this action after a credible threat from Iran, following intelligence that indicated that the regime may be preparing to launch attack on American interests or forces in the region.

The two countries have had quite hostile relations since President Trump took office. When Trump took power, he made it very clear that the so called “golden years” of the Obama administration were over. He vowed to deal with the Iran threat head on, and he has. He pulled out of the Joint Comprehensive Plan of Action (JCPOA) and re-imposed tough economic sanctions. One of the biggest blows, however, to the Iranian regime was the restrictions it placed on importing Iranian oil for foreign countries. This has resulted in the regime losing a massive source of its revenue.

But the pressure has not stopped there. The Trump administration then announced that it would place sanctions on the metal sector – another major source of income for the Iranian regime.

Reports indicate that the sanctions are having a major impact on Iran’s funding of militias and proxy groups. The Lebanese Hezbollah is probably the most important of all of the regime’s henchmen and its cut in funding from Iran has hindered its activities, so much so that it is calling for public donations to be able to continue to operate.

In an interview with ITV during his state visit to the United Kingdom, President Trump said that when he first took office Iran was the number one state sponsor of terrorism in the world and that it probably still is to this day. He said Iran is “extremely hostile” but reaffirmed that he would rather told talks with Iran rather than pursue military action.

Military action would be a suicidal move for the Iranian regime because it cannot afford any conflict, not least against such a powerful adversary that also has powerful allies in the region. Iran’s allies in the region are in a very precarious situation themselves, therefore will not be able to provide Iran with adequate support.

The biggest threat to the Iranian regime is the people. The people of Iran have been calling for regime change because they know it is the only way they will ever be able to live with freedom, democracy and the respect of human rights. They are supported by the Iranian Resistance that coordinates support around the world.

Later in the month, the National Council of Resistance of Iran (NCRI) will be holding its annual FreeIran rally in Brussels. It will be followed by a number of mass demonstrations around the world in which the participants will be voicing their opposition to the Iranian regime.