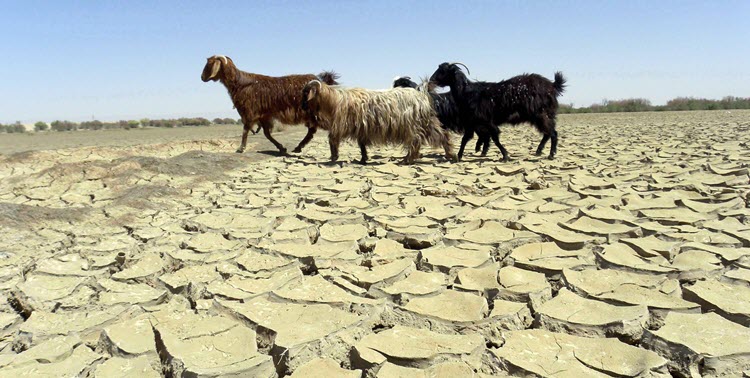 Mohammad Haj Rasouliha said that a decade of drought combined with a lack of oversight regarding land use has put 330 plains in Iran in danger.

He said: “If Orumiyeh lagoon (lake) is caught in crisis on the ground, 300 other underground lagoons and wetlands like Orumiyeh are involved in water shortage crisis.”

According to the state-run Tasnim news agency, he said: “Despite the fact that the average rainfall in the country was close to normal, the provinces of Chaharmahal and Bakhtiari, Yazd, Khorasan, Sistan and Baluchistan, Isfahan and Fars faced with the problem of drought.

He warns that problems may not be immediately apparent and could instead arise years or even decades from now, but they will severely affect the people of Iran.

He said that the Regime needs to spend money on projects to reverse the effects of the drought.